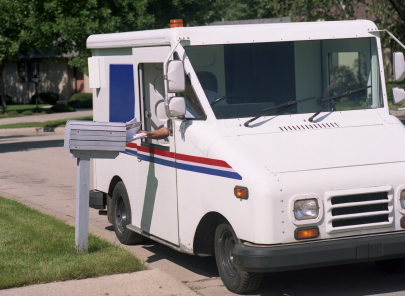 Remember the day when we wrote letters and paid bills by writing on paper, inserting documents and checks into an envelope, attaching a stamp and sending things via the U.S. Mail?

Sure, you do, but when was the last time you really licked a stamp? Whether you remember or not, the U.S. Postal Service (USPS) is patently aware of the decline in stamp purchases and overall revenue.

With a $238 billion budget deficit, U.S. Postmaster General John E. Potter is ready to take what may seem a drastic move. According to an article in the Miami Herald, he has requested that the Postal Regulatory Commission consider a proposal cutting mail delivery to five days a week, eliminating Saturday service. This could save $3.3 billion after one year and $5.1 billion a year ten years from now. And, it would allow many small post offices that had been threatened by closure to remain open.

What it means for jobseekers considering working with the USPS is that you're probably not going to find employment with the USPS any time soon. No matter how nice it may sound to work outside, walking from house to house or through offices greeting people as you hand them personally-addressed envelopes, catalogues and flyers, you may want to reconsider your job future since hiring for new mail carriers won't occur for quite a while.

If the proposal is approved, about 40,000 carrier jobs will be done away with. Two thirds of these would be full-time positions eliminated through attrition, and another third would be part-time substitutes who usually work one day a week.

The loss of postal revenue and mail carriers worries some USPS managers. According to SC Now, Myrtle Beach (SC) Postmaster Bob Bergdorf, says, "You have more places to go deliver with less mail to support which means less revenue to do the same thing. We're required to hit every house every day no matter where and that causes us to have some additional financial burden."

However, when the proposal, if passed, goes into effect in early 2011, it might actually increase traffic and business for post offices. This is because they would continue to be open on Saturdays and mail would be delivered to P.O. boxes. People who want six-day-a-week mail service may choose to rent boxes, providing additional revenue to the strapped postal service. According to ABC News, P.O. box fees generated almost $904.7 million of income to the USPS last year.

To underscore the point that snail mail is going the way of the fountain pen, the Washington Post reports a somewhat incongruous act relevant to the Postmaster General's plan. It noted that the USPS used email to inform regulators of its proposed Saturday delivery cuts, rather than sending a paper letter through the U.S. mail. The Postal Regulatory Commission defended the action saying that submitting the plans electronically offers transparency and accountability, and saves work. Will the day come when there will be no work at all for the U.S. Postal Service?