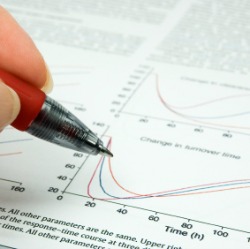 On the World Wide Web where virtually anyone can publish almost anything, it can be difficult to validate the authority of information and sources. Now, as the worlds of traditional scholarly publishing and open access (OA) journals intersect, it may be more difficult than ever.

The New York Times reports that academics are seeing an increase in so-called "predatory publishers," seemingly legitimate open access scholarly journals that will allegedly publish almost anything for a fee. In some cases, these websites are nearly identical to established, prestigious publications in name, appearance, or both. Some charge outrageous fees for publication while others misuse professors' names and credentials to further establish their credibility. These sites can end up costing researchers thousands of dollars -- and legitimate publishers their reputations.

Take Dr. James White, a plant pathologist at Rutgers who accepted an invitation to serve on the editorial board of a new journal called Plant Pathology & Microbiology, only to discover his name, resume and photo were being used to promote his entomological expertise. The problem: White is not an entomologist.

"I really should have known better," White told The New York Times, noting he did not realize how much the publishing world has changed. "It seems like the Wild West now."

A similar story, according to the New York Times, is that of Thomas Price, an associate professor of fertility and reproductive endocrinology at Duke University's School of Medicine. Price agreed to serve on the editorial board of The Journal of Gynecology & Obstetrics, only to have the seemingly reputable journal frequently request that he submit scholarly articles and recruit other authors to do the same. These requests were red flags to Price, as legitimate journals do not need to recruit authors or ask for submissions. Over the course of three years, Price asked several times to be removed from the pseudo-journal's editorial board and website, only to be ignored.

Steve Goodman, a dean and professor at Stanford and the editor of the journal Clinical Trials, told The New York Times that the trend represents "the dark side of open access." While the open access movement initially aimed to make scholarly articles freely accessible online, Goodman argues that it also has the power to make legitimate information even harder to obtain. He says he worries that nonexperts doing online research will have a particularly difficult time assessing a source's credibility. "Most people don't know the journal universe," he said. "They will not know from a journal's title if it is for real or not."

The problem has become so prevalent that one expert has decided to act. According to The New York Times, Jeffrey Beall, an academic librarian and researcher at the University of Colorado in Denver, became so concerned with the trend that he developed Scholarly Open Access, a blacklist of open-access publishers he believes may be engaging in pseudo-academia. He said their numbers are growing -- and quickly.

"It's almost like the word is out," Baell told The New York Times. "This is easy money, very little work, a low barrier start-up."

The well-regarded scientific journal Nature reports that while Beall's list is read and respected by many researchers, librarians and open access advocates, it has also made him a target for online criticism and defamation suits. For example, The Canadian Center of Science and Education has threatened to sue Beall for libel and defamation.

"I think Beall has taken a brave and principled stand in publishing this, at no small risk to himself," Douglas Sipp, a science policy and ethics expert at the RIKEN Center for Developmental Biology in Kobe, Japan, told Nature.

However, several other experts are guarded about the benefits of Beall's list. Librarian Karen Coyle wrote in a piece she penned for Library Journal that she worries some of his criteria for adding publishers to the blacklist -- such as some journal publishers' offices' use of common email domains like gmail.com or yahoo.com -- could create a bias against universities in developing countries and publishers from emerging economies whose only "crime" is suffering from limited technical support and less-than-polished editorial boards and peer-review procedures.

"At all costs we must avoid making judgments based on our first world assumptions, [...] or anything other than the potential contribution to scholarship somewhere in the world," Coyle wrote.