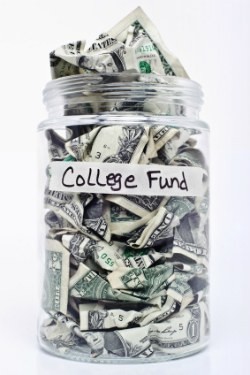 Prepaid college plans, which allow families to lock in today's prices for tomorrow's college tuition and fees, are no longer the great deal they used to be.

According to Investment News, many financial advisers are concerned that the plans may not cover the entire cost of higher education. Over the past ten years, prepaid plans in eight states have been closed to new investors, with some experiencing significant shortfalls due to low investment gains and skyrocketing tuition.

"I worry about the future of the prepaid programs," said Marina Goodman, an adviser with Brinton Eaton Wealth Advisors, who was interviewed by Investment News. "It makes me nervous that you won't get what you think you're going to get."

Those who bought Florida Prepaid Plans before October 2010, for example, are not fully covered for tuition and fees unless they also purchased supplemental plans. As reported by the South Florida Sun Sentinel, Olga Cano opted not to buy the tuition differential plan in 2008 for two of her young relatives because she did not realize it would be needed. At the time, the differential tuition plan cost $4,600 per child. To add the plan today, it would cost her $21,000 per child.

"When I bought this, I thought I had locked in tuition," she told the Sun Sentinel. "The costs have gone through the roof, and I think the whole credibility of the Prepaid Plan has been damaged."

Jim and Celeste Durkin had a similar experience investing in Illinois state's prepaid college savings plan. As reported by Reuters, the plan made some poor financial decisions and is now 30 percent underfunded and temporarily closed to new investments.

"It was highly recommended by investment professionals and people we knew," Durkin told Reuters, "and with all of the uncertainty in the markets we thought it was a safe investment."

According to a survey by Financial Research Corp. that was reported in Investment News, only 11 percent of financial advisers use prepaid college plans for their clients. The vast majority--93 percent--use Section 529 college plans instead, which advisers say can yield better results in the long run.

Currently, prepaid plans are offered in 10 states, including Pennsylvania, Maryland and Washington. To keep up with expected tuition hikes, many states that have prepaid plans have significantly raised the amount required to contribute. Most do not even guarantee that the money in the plans will cover higher education costs completely.

"People need to read the fine print and understand what kind of guarantee their plan really offers," noted Andrea Feirstein, a consultant to college savings plans, who was quoted by Reuters.