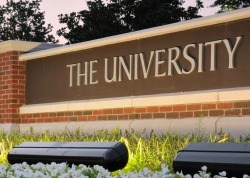 Earlier today, President Obama held a summit with over 100 college and university presidents to discuss ways to increase access to higher education to low-income students, Inside Higher Ed reported. Attendees spanned a range of institution types, such as small liberal arts colleges and major research universities. For-profit institutions were excluded from the summit.

According to a press release, College Summit, an organization that recently showcased education-centered applications at the Department of Education's Education Datapalooza, also attended the summit. The organization has 19 mobile web and mobile apps aimed at helping low-income students and their families navigate the college application process. Additional attendees included Deloitte, AT&T, and other businesses participating in ScholarJob, a project through which companies take an active role in increasing the number of low-income high school students who get to and complete college.

Politico explained that the summit is part of the President's long-term goal to bring the U.S. back to its position as the country with the highest proportion of college graduates by 2020. Since the President announced that goal towards the beginning of his first term, the administration has invested more money in Pell Grants and protected Pell Grants from congressional budget cuts. In his 2012 State of the Union address, the President even issued a warning to colleges and universities, telling them that they were "on notice: If you can't stop tuition from going up, the funding you get from taxpayers will go down." As noted in Inside Higher Ed, First Lady Michelle Obama has also contributed to the President's goal with her outreach initiative to motivate low-income students to apply to and attend college.

One key issue the administration and college officials discussed is undermatching in education. "Undermatching" happens when high-achieving, low-income students enroll in a college that does not meet their academic caliber. In fact, according to recent studies cited in Politico, many low-income students with high GPAs and test scores do not even apply to selective colleges and universities, where they would be not only eligible for generous financial aid but also more likely to graduate.

Inside Higher Ed noted that sending these students information about their college options early in the admissions process can help reduce instances of undermatching. Another potential solution is for colleges to pledge to dramatically increase the proportion of Pell Grant-eligible students.

Summit attendees lauded President Obama for his commitment to improving options for low-income students. Emily Froimson, vice president of programs at the Jack Kent Cooke Foundation, highlighted the need for such initiatives, stating, "There's an assumption that high-achieving low-income students are fine on their own and don't need extra support, and that's just not the case." She went on to say that while some view the involvement of selective schools as an indication that undermatching is just an elite issue, including such institutions can actually help attract attention to the cause overall. "They're leaders in higher ed. They have the brand name." Nevertheless, she added, "the problem cannot be solved by a handful of elite institutions."

Not everyone agrees with the President's summit idea. Some college presidents turned down the summit invitation, claiming that they are already taking several measures to raise low-income college enrollment numbers. A representative from one institution criticized the summit as "superficial" and "window-dressing" and added that his school was "probably at the limit of what it could offer" in financial aid.

Overall, President Obama has received overwhelming support for the summit and the summit's objectives. At the event, college presidents were required to propose a plan to help low-income students, and some college representatives stated that this mandate was what they needed to take action on certain plans. As Janet Napolitano, former Homeland Security secretary and current head of the University of California system, stated before the event, "We're not just coming to blow hot air. We're coming with concrete things that we are doing and are prepared to do."