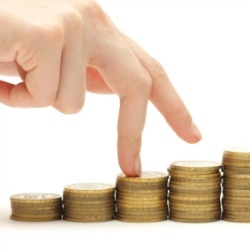 In last night’s State of the Union address, President Obama called for Congress to raise the federal minimum wage, a move that he said would stimulate the economy and help bring millions of Americans out of poverty.

According to The New York Times, the President proposed to raise the federal minimum wage from $7.25 to $9 an hour by 2015. Additionally, he wants to tie the hourly rate to inflation, which would allow it to rise along with the cost of living. If Congress approves, some 15 million low-income workers would see an increase in wages. Currently, federal minimum wage increases when Congress nominates to do so and as a result, CNNMoney noted that it has not gone up since 2009, when lawmakers approved a 2007 bill allowing for a three-step increase from $5.15 an hour to $7.25. At this current rate, full-time minimum wage workers earn $14,500 a year.

Currently, 18 states as well as the District of Columbia have minimum wage rates above $7.25 and 10 states already have their rates increase automatically with inflation. Obama’s proposal would bump full-time minimum wage earnings up to approximately $18,000 a year.

“This single step would raise the incomes of millions of working families,” said President Obama during his speech, as quoted by The New York Times. “It could mean the difference between groceries or the food bank, rent or eviction, scraping by or finally getting ahead. For businesses across the country, it would mean customers with more money in their pockets.”

According to CNNMoney, supporters agree that giving low-income Americans more earnings would boost the economy. In fact, a 2011 Federal Reserve Bank of Chicago study showed that a $1 increase in minimum wage would give low-income households some $2,800 more a year to spend.

However, due to the stubbornly high unemployment rate and slow economic recovery, increasing the minimum wage is sure to cause divisiveness. Though the White House cited companies such as Costco and Stride Rite for previously supporting increasing the minimum wage to lower turnover and boost worker productivity, some economists have argued that Obama’s proposal would only have negative effects. For instance, some argued that making employees more expensive would increase costs and make businesses even more reluctant to hire, therefore further increasing the unemployment rate.

According to The Huffington Post, that would be especially true for the restaurant industry, as Obama’s proposal also wants to raise the so-called “tipped” minimum wage, which is separate from the standard minimum wage and has not gone up in 20 years. Tipped minimum wage for tipped workers, such as restaurant servers, is currently $2.13 an hour.

“If the President wants to boost the economy and have an impact on the country’s unemployment rate, he needs to lower barriers for hiring—not raise them,” said Michael Saltsman, a research fellow at the Employment Policies Institute, to The Huffington Post.