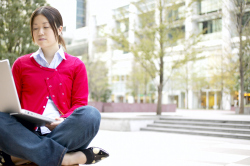 As The Washington Post stated "in higher education, it's often all about the rankings". That said, The Princeton Review released its annual college rankings on Monday.

According to Bloomberg, The Princeton Review worked with numerous administrative contacts to survey 122,000 U.S. college students. Responses were tallied into 62 categories such as best teachers, best library and best food. The surveys were conducted online so that students could submit ratings and feedback at anytime.

The 80 question survey is separated into four sections: About Yourself, Your School's Academics/Administration, Students, and Life at Your School. In addition to the 62 ranking lists, each college is also scored for eight different categories: Academics/Administration, Demographics, Town Life, Schools by Type, Politics, Quality of Life, Extracirriculars and Social Scene. According to the press release, these scores were based on The Princeton Review's own research.

Robert Franek, senior vice president of The Princeton Review and lead author of the 2011 Edition of The Best 373 Colleges , a guidebook that will feature all the ranking lists, told Bloomberg that the goal was to help applicants find the best fit college. "Students have become very savvy. They want to know what the campus will be like but they also want to know what is the value of their education," he said.

According to the press release, surveys showed that Brown University has the happiest students, Mount Holyoke College has the best classroom experience, University of Maryland, College Park has the best athletic facilities and the U.S. Air Force Academy has the most accessible professors. Bloomberg added that the University of Georgia is the number one party school.

Three years ago Franek added the "Best Career Services Office" category. "Students are very aware of career services while at school. It influences the culture of the campus and it resonates with the college bound student and their family," said Franek. This year, the top career service office was at Northeastern University, followed by Pennsylvania State Universityand Yale University.

In the press release, Franek said, "[Schools] differ widely in their program offerings and campus culture. That's why we don't rank them 1-373."

"Surveying Students: How We Do It," princetonreview.com