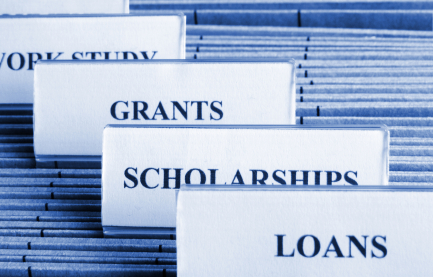 As more families qualify for need-based financial aid, many private colleges are keeping tuition costs down and boosting scholarships. Yet experts fear that doing so is unsustainable in the long run.

For example, the Minneapolis Star Tribune reports that the 17 schools of the Minnesota Private College Council are increasing tuition and fees for this fall by an average of just 4.5 percent this year, marking the lowest rate in more than three decades. Moreover, the council's May report noted that most those private colleges' students pay only about half the cost of the sticker price.

Experts have taken note of increased financial aid in recent years: According to a survey by the National Association of College and University Business Officers, private colleges' average discount rate reached record highs in 2008. Inside Higher Ed reported that the report found that the average discount rate for full-time freshmen increased from 39 percent in fall 2007 to 42 percent in fall 2008, with the average award covering more than half of the college sticker price.

"Discounting in the form of institutional grants is on the rise," said John Walda, NACUBO president, who was quoted by Inside Higher Ed. "I think this likely to continue, as long as family income and family wealth is down [compared to] historic levels, and as long as institutions can afford the effect on net tuition."

Another study by the College Board's Trends in College Pricing Report found that the sticker price for tuition, fees and living expenses at private nonprofit colleges averaged $35,460 in 2009-10, while the net price average was only $21,200. The study found that while tuition and fees have risen nearly one-third since fall 2004, financial aid has risen faster. And while some predicted that private colleges would be forced to limit financial aid this year, that has not been the case.

"Boards were expecting that rate to come down this year, but it seems like in many cases it's staying the same," John Lawlor of the Lawlor Group, a company which specializes in marketing colleges and universities, told the Star Tribune.

Some of the nation's most selective private colleges and universities have eliminated or capped loans for their students at significant costs: At the University of Pennsylvania, for example, where, according the The Washington Post, "the goal is quite literally to eliminate debt for most graduating seniors," the financial aid budget rose to $149 million for this year. According to Amy Gutmann, president of Penn, that amounts to a 78 percent increase during her six-year tenure.

But some have pointed out that it's only a matter of time before schools will be forced to reconsider their financial aid policies, and hints of that are already beginning to surface: This year, for example Dartmouth and Williams Colleges announced that they would no longer be offering aid packages which allow students to attend without having to take out loans. And the Star Tribune reports that Hamline University decided to offer less financial aid this year. According to John Pyle, the school's vice president of enrollment of marketing, the discount rate is now "back in a range in which we're comfortable."