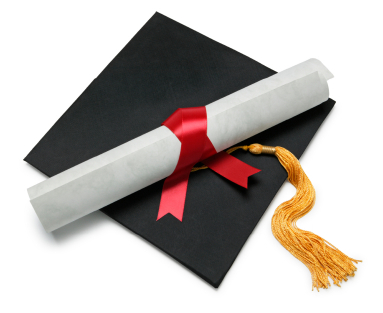 "I see more and more privates getting out there and recruiting transfers, whereas there really weren't than many out there even just a few years ago," noted Brenda Doran, director of transfer admissions at Bryant University in Rhode Island, who was interviewed by Inside Higher Ed. "As with any competition, you just have to be more aggressive than you were in the past."

Inside Higher Ed reports that some private institutions, including New York University, are trying to attract community college transfers in order to increase diversity in their student population. Others are simply trying to bring in more tuition revenue.

But The Grand Rapids Press in Michigan notes that some universities actively recruit community college transfers because they tend to be good students. According to Ashley Nichols, who is in charge of transfer student recruiting at Cornerstone University, the two-year transfers have already survived freshman and sophomore years and thus tend to be more mature and aware of what it takes to succeed.

The Grand Rapids Press reports that transfer applications have increased 66 percent at Cornerstone since last year, and the school has increased scholarships to lure more of them. And according to Rick Jensen, a spokesman for Davenport University, transfer applications have increased by 44 percent since last year, and officials have been meeting with community college representatives to help attract more students.

In a nod to the trend, Inside Higher Ed reports that a new Web site, called CollegeFish.org, will be able to provide guidance to community college students who are looking to transfer to four-year institutions. The site collects information provided by users which is used to identify five colleges that are the most ideally suited to the student.

"This'll help our students become more proactive, take control of the transfer process and have a more active role in choosing a university," noted Jackie Hale, academic counselor at Holmes Community College in Mississippi, who was quoted by Inside Higher Ed.

But the new Web site will also help four-year schools recruit community college students. For example, The New School in New York City is hoping the Web site will help increase the number of transfers in its School for General Studies.

"In this economy, it's become hard to predict enrollments at the baccalaureate level," noted Cory Meyers, the school's associate director of admissions, who was quoted by Inside Higher Ed. "This'll help us reach students we wouldn't otherwise reach. . . . It's excellent for those of us that rely on transfer students."