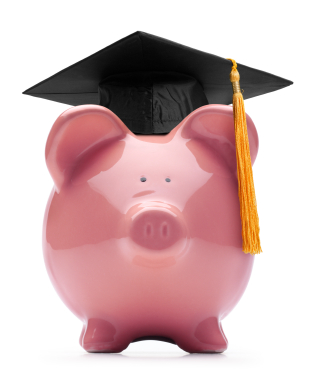 $50,000 per year. For four years. That's $200,000 - a whopping figure to consider if you're a high school graduate (or parent of one) aiming to get a college education at one of New England's prestigious private colleges.

According to The Boston Globe, the number of private universities in New England charging $50,000 for tuition, room, board and other fees will more than double, reaching at least 13 in 2010-2011.

Lest you think that skyrocketing university prices are a phenomenon particular to the tiny northeast, note that the situation isn't much different in the Washington, DC region. While the Washington Post reports that the majority of the most prestigious and expensive colleges in the Washington region have capped annual tuition increases at 4 percent, the truth is that at least three schools (George Washington University, St. Johns College and Johns Hopkins University) will charge more than $40,000 per year in 2010-11. And, this figure unlike the ones reported above - does not include living expenses or additional required fees.

Why do such schools cost so much? Analysts say that part of the reason is competition. Top-rated schools are eager to hire renowned faculty and offer luxurious dorm accommodations in order to lure the best students. And, for the same reasons as well as others, they are constantly upgrading their technology and adding new academic programs.

Whether these perks and the cachet of being able to say you went to Harvard, MIT, Brown or Smith College are worth it is a question worth pondering. According to an article in the Huffington Post, Education Secretary Arne Duncan doesn't seem to think so. He says, "Students and parents are very, very smart. They're sophisticated. They're going to vote with their feet, and are going to go where they can get a great education but also get good value along with that. And folks (universities) that don't contain cost, I think, frankly are going to lose market share, lose competitive advantage."

Cost issues aside, university officials defend their fees by reminding college-bound families and education advocates that price tags are misleading because a large majority of students get financial aid. At Boston College, 40% of undergraduate students receive an average of $28,000 in grants, greatly reducing the $50,970 fee (for 2009-10). Likewise, at Harvard, which cost $48,868 in 2009-10 and is likely to top $50,000 next year, grant recipients end up spending only about $11,110 of their own money. Both schools accept students without regard to their families' ability to pay.

A new study just released by the National Association of College and University Business Officers and reported in the Chronicle of Higher Education offers similar consolation. It found that private colleges are offering more grant aid than in the past. For the first time in 8 years, the difference between what students pay to attend such schools and the actual price tag has risen. In 2007-08, the average difference was 39.1%, while in 2008-09, it was 41.8%. The estimate for the current academic year is even higher, at 42.4%.

The message to prospective students of higher education is that when considering where to go, don't let the sticker price shock you. More study--isn't that what college is about?--is needed.