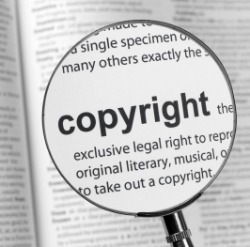 Massive online open courses, or MOOCs, have opened web-based courses to anyone, anywhere, at little to no cost. Some champion them; others fear them. Vice recently characterized MOOCs as the Napster of higher education: yes, they improve access to higher education, but they are also changing the industry in ways difficult to predict. Now some professors worry that such courses could even upend their academic freedom and render them nearly obsolete.

The American Association of University Professors tackled the issue of MOOCs and the risks they may pose to professors at a meeting last week, according to The Chronicle of Higher Education. University of Illinois at Urbana-Champaign English professor and former AAUP president Cary Nelson said in a speech that though these courses might democratize education and reduce cost, they could also diminish educational quality and undermine professors' roles. In other words, when so much academic material, ranging from lectures to worksheets to PowerPoint presentations, is now available across the globe for free, how can professors maintain their ground as the primary source of knowledge in higher education? The concerns surrounding this question has brought the issue of copyright to the forefront. Specifically, who owns the academic content that a MOOC is comprised of--the faculty member who developed the course, or the institution at which he or she is employed? The answer, according the Nelson, is decidedly the former.

"If we lose the battle over intellectual property, it's over," said Nelson, as reported in Vice. "Being a professor will no longer be a professional career or a professional identity."

According to the website Vice, the American Council on Education has noted that while faculty-taught courses traditionally fall outside of the work-for-hire copyright doctrine (meaning that faculty are often allowed ownership over the courses they teach), there are some circumstances in which ownership of course content could be granted to schools. According to The Chronicle of Higher Education, some schools have already started pushing for ownership over their faculty members' MOOC content. Nelson disagrees with these actions, asserting that "[t]here’s no need for universities to own the online course [professors] create."

He also stated that if faculty members relinquish their copyright rights to their institution of employment, they will essentially find themselves working in "a service industry," an industry in which they will have little control over how the course materials they create will be used in the future. He noted that many institutions have already begun strengthening the language of their faculty patent rights agreements, and the University of Pennsylvania is drafting a noncompete agreement prohibiting faculty from creating courses for other institutions. Such measures indicate that these schools are already working to limit the ways in which their faculty can assert their intellectual property rights.

"Copyright, I think, is going to be increasingly under assault," said Nelson, according to Inside Higher Ed.

The AAUP is not the first faculty group to express concern over how MOOCs might impact professors' academic freedom. Recently, a University of California at Santa Cruz faculty union expressed concern over the possibility of some professors willingly signing away their intellectual property rights in order to teach MOOCs with the provider Coursera.

The AAUP plans to launch a campaign urging professors to have their intellectual property rights guaranteed explicitly in their contracts, reports The Chronicle of Higher Education. The group will create a Web site with resources and pre-written letters tailored for specific academic disciplines. It will also publish a book called "Recommended Principles to Guide University-Industry Relationships" that will feature boilerplate language for contracts and faculty handbooks. Nelson contends that this battle is not over money, but rather principle, reports Vice.

"It is over one's right to decide what happens to the things you create," he said.

"Professors Want to Own MOOCs Before MOOCs Own Them," vice.com, June 14, 2013, Meghan Neal