Proposition 30 Could Slow Economic Growth, according to UCLA Report 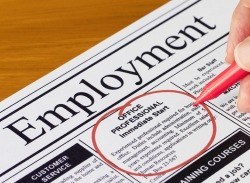 According to ABC News, these rates would look better without the tax increases of Proposition 30. Senate Minority Leader Bob Huff stated, “Anytime that you have higher taxes, it changes behavior, but it always dampens an economic recovery."

Jerry Nickelsburg, author and senior economist of the forecast report, explained in the press release that Proposition 30 has been "the most important change in the Golden State since the September UCLA Anderson Forecast release." He writes that, although Prop 30 does provide assistance to public schools, it does not work towards solving long-term issues in how to fund state government. He further explained the aftermath of Proposition 30 in CBS News, stating, "State government is funded on a highly volatile income stream, namely the income of the upper income earners in California. Prop. 30 increases the dependence on those income earners for funding state government."

While the tax increases of Proposition 30 will affect economic growth in California, there are additional factors preventing a quicker recovery. According to CBS News, Nickelsburg mentioned recessions in Europe and Japan as contributing factors. Additionally, he remarked that "the U.S. consumer is really increasing their purchases of goods and services at a real slow rate."

Proposition 30 still has its proponents, however. Gerry Sheton, an economist and school finance consultant, told ABC News that the Anderson Forecast does not take into account the advantages of Proposition 30. Had the proposition not passed, California would have undergone $6 billion in cuts, primarily to public education. "We would have been looking at shortening the school day further, more kids out on the streets, higher levels of dropouts and things like that," Sheton stated.

Furthermore, although the forecast may seem discouraging, economists do expect the state of California's economy to improve, wrote ABC News. Even with higher taxes, California is still poised for economic growth and more jobs.