Experts Debate the Pros and Cons of Unpaid Internships 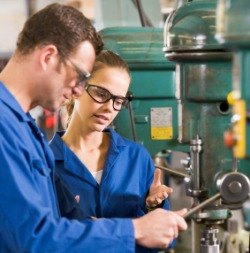 When two unpaid interns who worked on the set of the blockbuster movie "Black Swan" successfully sued Fox Searchlight Studios for back-pay, arguing that their work amounted to that of a paid employee, it forced companies everywhere to rethink their own internship programs. It also drew national attention to what some might call the plight of the unpaid intern, who often goes into debt taking on an uncompensated position that may (or may not) eventually turn into a paying job. Some experts have likened this arrangement to exploitation, but according to a recent column from Slate Magazine, they have it all wrong.

According to Slate, groups like the Fair Pay Campaign that oppose unpaid internships may be overlooking the real value of such arrangements in what it calls an era of "sky-high" unemployment and stagnant wages. While columnist Matthew Yglesias contends that employers who abuse the arrangement are in the wrong, he argues that well-designed internship programs offer irreplaceable on-the-job training that students cannot get in the classroom. In fact, he suggests that in the grand scheme, unpaid internships (that may leave students straddled in debt) are actually a better bargain than college (which also leave students straddled in debt). Besides, notes Yglesias, banning unpaid internships does not necessarily guarantee that employers will start paying interns; they might just get rid of these opportunities altogether.

Yglesias's stance on unpaid internships may put him in the minority. In a column she penned for The Huffington Post, InternMatch Community Engagement Manager Ashley Mosley notes that recent research suggests that though paid internships transform into paid jobs 60 percent of the time, unpaid internships only increase one's chances of landing a full-time paying job when compared to candidates with no internship experience at all. She also argues that unpaid arrangements also tend to negatively impact women, who account for three out of every four internships today. She says "allowing women to accept opportunities for less than their skills are worth" sets them back when negotiating salaries down the road.

Another potential problem with unpaid internships is that they serve as a loophole for employers who may not abide by the Fair Labor Act. According to the law firm Foley & Lardner, unpaid interns do not have the same civil rights protections as paid workers. A recent federal court decision found, for instance, that the New York City Human Rights Law does not protect unpaid workers from sexual harassment or other types of discrimination because they are not really "employees."

What is a student mulling over an unpaid position to do in the wake of such conflicting stances? Eddie LaMeire, CEO of LaMeire College Consulting, told CityTownInfo that while he thinks "bringing someone into a company to work for free because the economy is brutal and they have no other options is pretty reprehensible, and most likely borders on illegal," not all arrangements are bad. He believes unpaid internships are particularly beneficial for high school students, and that college students may find co-ops -- which provide relevant, "academically enriched" work experience with institutional supervision -- helpful. For all other arrangements, he advises students to consider who stands to get the most from the experience: The student, or the employer.