Public Is Frustrated With Higher Education 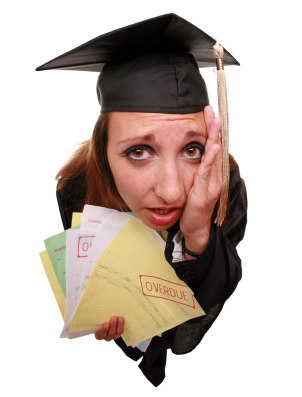 A survey released this week indicates that the public is becoming increasingly fed up with rising college costs, with many believing that colleges are more interested in the bottom line than in quality education.

The survey, called "Squeeze Play 2010: Continued Public Anxiety On Cost, Harsher Judgments On How Colleges Are Run," was conducted by Public Agenda and the National Center for Public Policy and Higher Education. Of the more than 1,000 adults who were polled, 60 percent said they believed that colleges mainly care about their bottom lines, compared to 32 percent who said that colleges are mostly concerned with making sure that students have a good educational experience. In addition, 54 percent said that colleges could spend less and still maintain a high level of education.

"People aren't convinced that colleges are spending their money wisely and well," said John Immerwahr, a Public Agenda research fellow who was quoted in The Christian Science Monitor. "Higher education has presented an argument. . .[that] 'We're kind of trapped: We'd like to have higher quality, we'd like to make higher education more accessible, and we're trying to keep the costs down, but we can't do all three.'. . . The public isn't really buying that argument."

Other findings in the survey indicated that 55 percent believed that college is essential for a successful career, and 90 percent of parents of high school students expected their child to attend college. Meanwhile, 62 percent felt that almost anyone could receive loans and grants, but 83 percent said that students have to borrow too much to pay for college.

The Chronicle of Higher Education reports that according to Patrick M. Callan, the national center's president, results of the survey clearly point to a decline in public confidence about higher education. He noted that the findings could make it harder for colleges to protect their state appropriations and eventually receive state aid when the economy improves.

"Most of us who have watched the budget cutting [of the last few years] have hoped to see higher education fairly high on the priority list for public support when the economy turns around," noted Callan, who was quoted in Inside Higher Ed. "That's going to be hard to do if people don't have a lot of confidence in the way we do business."

Richard Vedder, an Ohio University economist and author of Going Broke by Degrees: Why College Costs Too Much, added that he was surprised by the change in the public's attitude towards higher education. "Once colleges were revered as selfless institutions trying to educate our youth and serve the public good," he told Inside Higher Ed. "Now, apparently, universities are viewed as being somewhat akin to used car dealers, trying to shake down their customers for as much money as possible. In the long run, that is going to hurt a sector dependent on third parties for support."