Public Universities and the Government Shutdown: How Badly Are They Hurt? 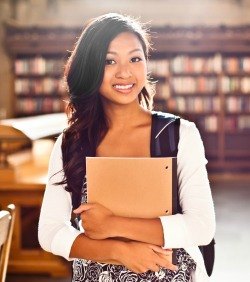 On October 1, the federal government and most of its operations shut down after Congress failed to agree on a spending bill. If legislators do not pass a spending bill soon, public colleges and universities could experience major funding cuts.

The Daily Emerald explained that before the shutdown began, federal agencies had to separate employees into groups of "essential" and "non-essential" workers, with only the essential workers planning to return to work if the shutdown were to actually happen. As of October 1, over 90 percent of the Department of Education's (DOE) employees were furloughed.

Last week, the DOE released a contingency plan for the shutdown. The plan showed that short-term effects on higher education could be minimal, as states can allocate some of $22 billion in pre-authorized funds to education. A long-term shutdown, on the other hand, could have adverse consequences. According to the contingency plan, "[a] protracted delay in Department obligations and payments beyond one week would severely curtail the cash flow to school districts, colleges and universities, and vocation rehabilitation agencies that depend on the Department's funds to support their services." Not only does the DOE provide over 20 percent of school districts' funds, but universities also rely on the department's Higher Education funds to help finance programs for disadvantaged students who want to attend and/or stay in college.

One component of higher education funding that will likely be safe from the shutdown, at least for a limited time, is student aid. Pell Grants and student loans could continue to be funded, as they are financed through mandatory and carryover appropriations, and staff members needed to carry out operations for student aid would keep working. However, as stated by the Daily Emerald, an extended shutdown could slow down payments for Direct Student Loans and Pell Grants on account of a shortage of workers to process payments. For the University of Oregon, a long-term shutdown could also "put significant pressure on campus financial and personnel administration supported by federal awards," the university's vice president for research and graduate studies stated. On the other hand, Jim Brooks, director of financial aid and scholarship at the university, affirmed that "[f]rom a student aid perspective, we don't expect any impact at all," since "[t]he federal aid programs are forward funding."

While more prominent student aid programs might not be hit hard in the near future, Inside Higher Ed noted that smaller financial aid programs operated by DOE staff would suffer more. Among the 90 percent of furloughed employees in the DOE are those who work on campus-based student aid programs, including Supplemental Education Opportunity Grants and the Federal Work-Study Program. The severe workforce reduction could also lead to the DOE not awarding new grants to schools. The department stated in its contingency plan that to help prevent major slowdowns in education funding, it plans to phase in additional employees, as needed, to authorize crucial payments. Even then, a maximum of 6 percent of the DOE's 4,225 employees would return to work during a prolonged shutdown.

"What the government shutdown means for the UO," dailyemerald.com, October 2, 2013, Julianne Parker

Career and Education News
Home >
News>
Public Universities and the Government Shutdown: How Badly Are They Hurt?