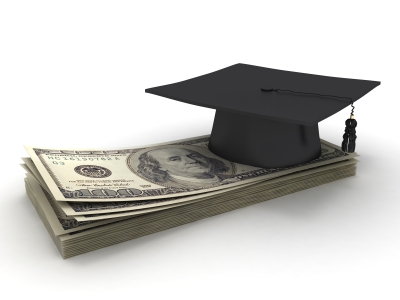 As state governments struggle to balance budgets and cut costs during the recession, public universities throughout the country are being forced to impose tuition hikes to make up the difference.

The Associated Press reports that according to the College Board, families are paying about $1172 to $1,096 more in tuition this year. The national average for tuition in 2009-10 is around $7,000, not including room and board.

Even states that pledged to freeze tuition are being forced to reconsider this year. The Washington Post reports that after a four-year freeze on public university tuition in Maryland, Gov. Martin O'Malley announced that in-state students will face an increase of about 3 percent.

"It's a major concession on the part of the governor," noted Senate President Thomas V. Mike Miller Jr. in the Post. He added that O'Malley would have preferred to continue the tuition freeze for another year to help him fulfill a pledge to make higher education more affordable.

But House Minority Leader Anthony J. O'Donnell pointed out that raising tuition was inevitable. He told the Post that "falsely capping the cost of tuition and subsidizing that with taxpayer dollars is not sustainable. We should have been weaning off that proposal years ago."

Meanwhile, the Fort Worth Star-Telegram reports that University of Texas at Austin officials recommended raising tuition 5.4 percent for the 2010-11 year, from $8,936 to $9,418, and 3.95 percent in 2011-12 to $9,790. Last year, the Texas House of Representatives passed a nonbinding resolution asking universities to limit increases in tuition to no more than 3.95 percent.

State Rep. Dan Branch, who sponsored the resolution, expressed his appreciation of UT-Austin's proposal, noting it was reasonable, particularly when compared to California's tuition hikes. But State Sen. Wendy Davis felt that given the financial struggles families are facing, tuition should not be raised at all.