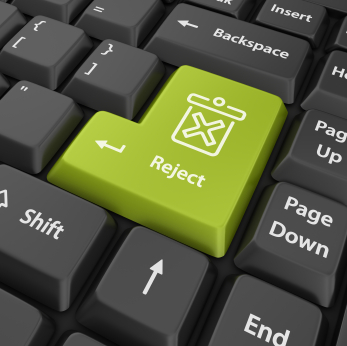 By April 1, most college hopefuls will know the news, good or bad: whether their applications to the schools of their choice have been accepted. With record numbers of applications this year from both high school students and career-changers, deep budget cuts at schools are capping enrollments and the competition this year is steep.

Wilson Liang, a senior at San Francisco's Galileo Academy of Science and Technology, told USA Today he worries enrollment cuts will keep him out of the University of California's Berkeley campus. "I know the competition is very high," said Liang,. "There are a lot of smart people out there."

Michael Greshko, a high schooler wrote on The New York Times' blog The Choice of his acceptance to Yale but rejection from other schools. He compares the admissions process to a mysterious machine out of Willy Wonka's chocolate factory: "[It] spins, squeals and squeaks, until: pop! Out comes the Everlasting Gobstopper, a condensed nugget of infinite flavor...It seems like those candies are the letters and e-mail messages I've been receiving from colleges: small, surprisingly powerful products of a very complicated process."

Acceptance rates at selective schools are approximately 50%, and highly competitive schools like Harvard and Stanford accept only about 7% of the tens of thousands of applications they receive. "It's small wonder why students tremble with fear and parents hold candlelight vigils while they await the admission decision," said Jerome A. Lucido, vice provost for enrollment policy and management at the University of Southern California, in the Answer Sheet blog of the Washington Post.

He stresses that students should not let rejection hurt their confidence. "Frankly, it"s like the tried and true break-up line: 'It's not you; it's me," says Lucido. "The truth is that there is always a reason that colleges accept a student, but very often there is not a reason that they don't. It's truly nothing you did--or even didn't do."

The Wall Street Journal made light of the often baffling college admissions process in a recent roundup of luminaries - Nobel laureates, university presidents, constitutional scholars, best-selling authors - who had at one point received a dreaded rejection letter.

Billionaire philanthropist Warren Buffett received a rejection from Harvard Business school at age 19. "The truth is, everything that has happened in my life...that I thought was a crushing event at the time, has turned out for the better," Buffett says. "You learn that a temporary defeat is not a permanent one. In the end, it can be an opportunity."

In The Post, Lucido echoes Buffett's sentiment. "If your dream school turns you down, dream new dreams," he says. "We are blessed with hundreds of amazing college choices in the United States, each of which will leave its own indelible and wonderful mark on your life."