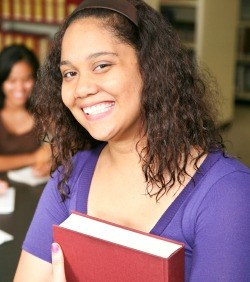 A recent report released by Georgetown University's Center on Education and the Workforce found that racial disparities in college are not only prominent but have actually worsened over a 15-year time period, Inside Higher Ed reported.

Researchers for the report, titled "Separate and Unequal: How Higher Education Reinforces the Intergenerational Reproduction of White Racial Privilege," compared the educational achievements of African American and Latino youths to those of white youths. The study found that these two minority races continue to be underrepresented at selective four-year colleges and overrepresented at open-access colleges that admit most applicants. The authors suggested that "white racial privilege," as the report calls it, in postsecondary institutions stems from inequalities in K-12 education, and instead of working to reverse the issue, the higher education system exacerbates it.

Anthony Carnevale, lead researcher on the study, and report co-author Jeff Strohl both commented, "The postsecondary system mimics and magnifies the racial and ethnic inequality in educational preparation it inherits from the K-12 system and then projects this inequality into the labor market."

According to Carnevale and Strohl, another cause of racial disparities in college attainment levels is the difference in educational achievements of parents in each racial group. Higher completion rates among white parents, they claim, mean that these parents can transition their advantages to their children. Higher earnings allow some parents to purchase more costly housing in better school districts that have greater support systems for educational attainment. "The synergy between the growing economic value of education and the increased sorting by housing values makes parental education the strongest predictor of a child's educational attainment and future earnings. As a result, the country also has the least intergenerational education and income mobility among advanced nations."

Researchers identified three tiers of selectivity in colleges and universities: the most selective institutions, middle-competitive four-year institutions, and all other two- and four-year institutions. All racial groups saw an increase in enrolled students in the institutions of each tier over the 15-year period studied (1995 to 2009). However, African American and Hispanic groups each experienced lower growth rates during that time than did Caucasian students. U.S. News & World Report added that over 80 percent of the increased white student enrollments were at the top 468 schools, while about 70 percent of additional enrollments of African Americans and Hispanics were at open-access colleges.

Inequalities in the number of students from each racial group attending top-tier colleges and universities can lead to a resources gap. Typically, elite schools spend much more money on each student than open-access colleges do, and this additional spending leads to a greater likelihood of a student earning a bachelor's degree. Disproportional spending thus places those African American and Hispanic students who qualify for but do not attend top schools onto "educational pathways that don't allow them to fulfill their educational and career potential," the report projects.

While the report does not focus on potential solutions to the racial inequities in higher education, The Chronicle of Higher Education noted several. Carnevale stressed the importance of offering financial incentives to low-income minority students to attend selective 4-year colleges. Deborah Santiago, co-founder and vice president for policy and research at Excelencia in Education, suggested that selective schools reach out to "promotoras" and community organizations in areas with a high Hispanic population. Michael Olivas, director of the Institute of Higher Education Law and Governance at the University of Houston, recommended a deeper analysis of legislative solutions and more attention to the situations of immigrant students. "I don't think simply describing the problem is going to help," Olivas stated.