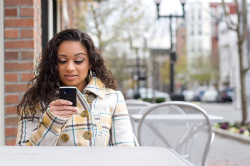 "There is definitely a strain on engineering and developer hiring, especially mobile developers," said Gowalla founder Josh Williams to CNN Money. "The boom in app development has left a big need here all around. Those positions still take us the longest to fill."

Indeed, as Bloomberg Businessweek pointed out, more companies are trying to get in on the mobile market. The number of job postings on Dice that mentioned either Android or iPhone shot up more than threefold from a year ago. And with the global market for mobile app sales projected to grow 81.5 percent in 2011, according to CNET, employers are only increasing their hiring for mobile app developers.

In response to this demand, Rasmussen College, a for-profit college that operates in five states, launched two new programs that specialize in mobile application design and programming, according to a Rasmussen College press release. Beginning this month, aspiring app developers at Rasmussen's Florida and Minnesota campuses can earn an Associate's degree in Software Application Development and a Bachelor's degree in Computer Science. The programs are intended to prepare students for entry-level jobs in software development by offering courses in software design, programming and development of software applications for mobile devices. Students will also be required to create their own working mobile app as part of their graduate portfolio.

According to All Things Digital, the curriculum is geared towards iPhone and Android app development; however, director of Rasmussen's School of Technology and Design Hap Aziz acknowledged that the world of technology is constantly evolving and said he is confident that the school will be able to adapt quickly should rival platforms begin to claim more market share.

According to the press release, Aziz expects to expand these programs to other Rasmussen campuses in the near future.