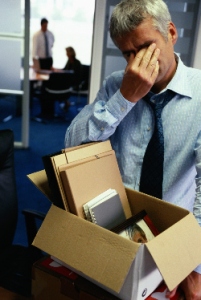 A press release reported that local governments across the country may face massive layoffs due to an intensifying fiscal crisis.

Representatives from the National League of Cities, United States Conference of Mayors and the National Association of Counties released a joint survey indicating that over the course of the next 18 months, local governments are expecting to cut almost 500,000 jobs in an attempt to balance budgets. The majority of cuts would affect public safety, public works, public health and social services. "For local governments, unemployment and foreclosures resulting from the Great Depression translate into too few revenues making it increasingly difficult to fund or satisfactorily maintain many basic services," said Ron Loveridge, president of the National League of cities and Mayor of Riverside, California.

According to The Washington Post, state and local governments are one of the largest job sectors and economic drivers. However, state governments are facing a combined deficit of $89 billion this year, which has contributed to the already slow economic recovery. Researchers estimated that for every 100 government jobs cut, an additional 30 private sector jobs, which heavily depend on governments as customers, will be lost as well.

Furthermore, the press release noted that as the nation's unemployment rate increases, families continue to tighten their budgets, forcing counties to do the same. "Services to the public have been cut, county employees have been laid off or furloughed and capital expenditures have been reduced," said Judge B. Glen Whitley, president of the National Association of Counties, Tarrant County, TX.

Bloomberg pointed out that some governments are already severely distressed. Vallejo, California filed for bankruptcy protection in 2008. Last year, Reading, Pennsylvania petitioned for admission into the Act 47 Municipal Financial Recovery program and a state appointed receiver took over in Central Falls, Rhode Island earlier this month.

In order to prevent massive layoffs, government groups and supporters gathered on Capitol Hill to urge Congress to pass the Local Jobs for America Act, reported The Christian Science Monitor. The bill would provide $75 billion in direct aid to ensure that city and county officials can perform vital functions such as protecting communities from natural and man-made disasters. "It's vital to the survival of cities and towns throughout this country," argued James Mitchell, a city council member from Charlotte, N.C. and vice president of the National League of Cities.

Experts, however, feel the bill will not pass. Because the projected federal deficit is about $1.4 trillion this fiscal year, it is unlikely that Congress will pass anything that adds to that; especially with the 2010 midterm election coming up.