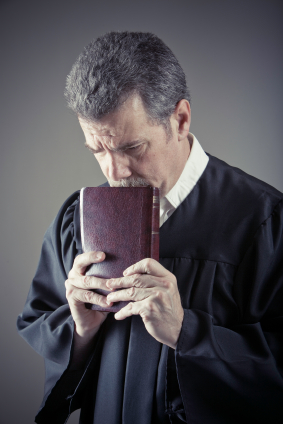 Members of the clergy are feeling the pinch of the recession.

"We have a serious surplus of ministers and candidates seeking calls," said Marcia Myers, director of the vocation office for the Presbyterian Church (USA), who was quoted by the Religion News Service.

Currently, the church has 532 vacancies for 2,271 ministers seeking positions. Other denominations, including the Assemblies of God, United Methodist Church and the Church of the Nazarene, are also reporting significant surpluses. Meanwhile, The Wall Street Journal reports that in 2009, the government counted about 5,000 clergy searching for jobs, compared to 3,000 in 2007 and 2,000 in 2005.

While qualified clergy members were once in short supply, the recession has clearly affected demand. Less giving at churches has resulted in staff cuts, and many older clergy members have opted to remain in their positions longer than they anticipated to help rebuild their retirement funds.

Moreover, the problem is quite possibly being exacerbated by an increased number of people who have been drawn to the ministry during the recession. In fact, U.S. News & World Report listed clergy as one of its Best Careers for 2009, and predicted that more people will be in crisis as a result of the economic downturn and will turn to clergy for guidance and support.

"Many more people are taking up ministry as a second career," noted Toni Wolf, supervisor of the pastoral care interns at Banner Thunderbird Medical Center, who was interviewed in the Arizona Republic last year. "It used to be that you simply didn't have middle-aged folks or even people in their 30s going back to seminary, where now that is very, very common."

The Journal points out that while the official unemployment rate for clergy is only 1.2 percent, layoffs can be particularly difficult for ministers, who generally do not receive severance or unemployment benefits.

"Churches are so reluctant to let people go that by the time they get to the point where they have to, they don't have the resources for a big severance package," noted Bob Clarke, who directs programs that assist ministers in need for the Presbyterian Church in America, and was quoted by the Journal.

The Journal reports that placement for rabbis, meanwhile, has also become more difficult, and an article published last year in Tablet Magazine concurs.

"Many mid-career rabbis, their positions eliminated, have also found themselves with nowhere to go," notes the article. "Their employed counterparts, like many other American workers, are postponing retirement or staying put when they might otherwise move on. Cash-strapped synagogues, like many churches, are balking at hiring at all, in some cases giving up the now-luxury of an assistant rabbi."