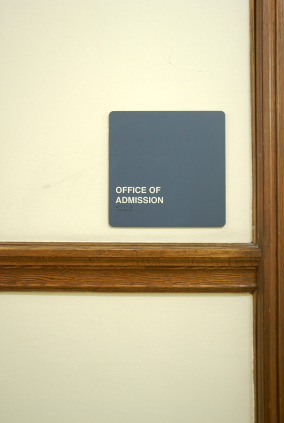 Many of the nation's top colleges and universities became even more selective this year.

The Dallas Morning News reports that Harvard received over 30,000 applications this year and accepted only 2,100, or 6.9 percent, of its applicants--a record low. Stanford received over 32,000 applications this year and accepted 2,300 students, or 7.2 percent. Other selective schools reported similarly low figures, including Yale (7.5 percent), Princeton (8.2 percent), Columbia (9.2 percent) and Brown (9.3 percent). Just several years ago, points out The Washington Post, all of these schools admitted at least 10 percent of their applicants.

One significant factor said to be causing the historic levels of college rejection is that significantly more students are applying to more top colleges for various reasons: Online applications make it easier than ever to apply, and more cash-strapped families are eager to secure the generous financial aid packages that are often offered at Ivy League schools.

"Most parents are supporting their kids whose ambitions are becoming higher and higher to get into the very best schools," noted Tom Allen, a college admissions consultant in Dallas, who was quoted in the Morning News. He added that high school seniors believe that their chances of being accepted to the best schools increase by applying to as many as possible.

Missan DeSouza, a senior at the Westover School in Maryland, agreed. She told the Post that she applied to 19 colleges, and was offered admission at 13. She has narrowed down her choice to Wellesley, Middlebury College or George Washington University.

"I'm feeling it was really smart of me to apply to so many, because now I have enough options," she told the Post.

Generally, students are advised to apply to at least three schools: One dream school, one probable match and one less selective "safety" school. But nowadays, many counselors recommend more.

"I say four to six," said Robin Groelle, director of college counseling of the Florida-based St. Stephen's Episcopal School, who was interviewed by the Post. "I used to say three to five. They end up applying six to eight."

Valerie Strauss, who writes an education blog for The Washington Post, suggests that just because the admissions rates are declining doesn't necessarily mean that schools are becoming more selective. Quoting Kevin Carey, the education director of the non-profit Education Sector, she points out that admissions officers are indeed saying that they are receiving more qualified applicants.

"But it might just be," she writes, "that the same number of qualified applicants are sending out more applications."

"Is It Really Harder to Get Into Top Colleges?" The Washington Post, April 21, 2010, Valerie Strauss