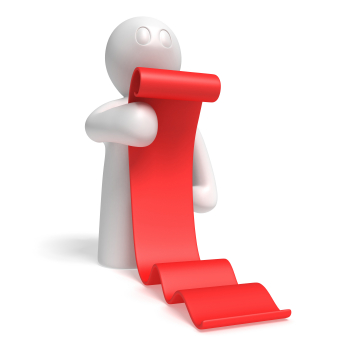 Thousands of students who applied to selective colleges and universities have been placed on waiting lists this year.

"The whole wait list thing adds another dimension," noted Juneil Baruela, 17, a California senior who was waitlisted at the University of California Santa Barbara, San Diego State and American University in Washington, D.C. "It's nice to be acknowledged, for them to say, 'We're still interested in you,'" he told the Ventura County Star. "But then, I wish they'd just told me yes or no."

For the first time, most of California's public universities have resorted to waiting lists this year. Officials explained that budget and enrollment cuts forced the schools to waitlist students to ensure that just the right number of admissions. But the Star reports that students feel frustrated about having to commit to other colleges with a deposit in the meantime.

"It's much harder for students, especially if it's a campus they really have their hearts set on," explained Olivia Palacio, college coordinator at Fillmore High, who was quoted by the Star. "I tell students, 'If it happens, it happens. If it doesn't, there's a better place for you.'"

Applicants to top private colleges are facing the same dilemma. The New York Times reports that this year, Duke University placed a record 3,383 students on their waiting list--nearly twice the size of the incoming freshman class. University officials expect that no more than 60 waitlisted students will be admitted.

While the odds are clearly against waitlisted students, Jacques Steinberg, who writes the blog "The Choice" for The New York Times, offered a bit of optimism: Because many students submitted more applications to selective colleges which they may not be able to afford, some admissions offices "are anticipating they will be rescuing applicants from waiting lists in greater numbers than in the past."

But U.S. News & World Report, which lists a number of strategies for waitlisted students, nevertheless concludes with a healthy dose of realism: "Sometimes it doesn't matter how great your extra essays or recommendations are," the article notes. At Johns Hopkins in Maryland, for example, not one single waitlisted student was admitted in 2009. Therefore, counselors encourage students to embrace their backup colleges or look into the possibility of taking a "gap year" between high school and college.

You're on the Waiting List. Now What?" The New York Times, April 5, 2010, Jacques Steinberg