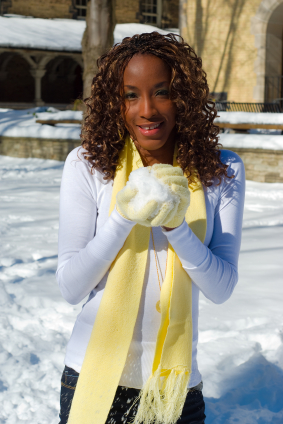 Record snowfall blanketing much of the Mid-Atlantic states this weekend prompted cancellations of tests, classes and meetings.

The Association of Community College Trustees was forced to cancel its National Legislative Summit after a majority of attendees were unable to travel to Washington. Summit organizers also decided to reschedule the event when it became clear that many members of Congress and government officials would not be available to meet with community college leaders.

In addition, ACT and LSAT exams which were originally scheduled for Saturday in the area were called off because of the weather. Some of the tests have already been rescheduled for later dates.

As classes were canceled throughout the region, Inside Higher Ed reports that University of Maryland at College Park students held a huge snowball fight, and students at Shenandoah University in Virginia built a 10-foot snowman. The Chronicle of Higher Education reports that campus closures varied; West Virginia University, for example, canceled Monday's classes, while the University of Virginia said it would resume its regular schedule.

Louis Uccellini, a professor at the University of Maryland, noted in an e-mail to the institution's daily student publication, The Diamondback, that the snowfall "will certainly go down in the record books for the Mid-Atlantic region."

In Washington, D.C., snow accumulation was at least 26 inches, and students spent their time building snowmen and touring the National Mall. The GW Hatchet reports that at George Washington University, even students who wanted to study found the libraries closed. "We had four hours of snowball fights last night, which was a lot of fun," said sophomore John Neville.

But others recommended that students use their newly-found free time wisely:The Examiner suggested that the blizzard might be a very good time for students to fill out the Free Application for Federal Student Aid (FAFSA). "If you're in the Washington metropolitan area looking at the snow continuing to come down," the article said, "now may be a good time to fix a cup of cocoa and begin organizing those tax documents."