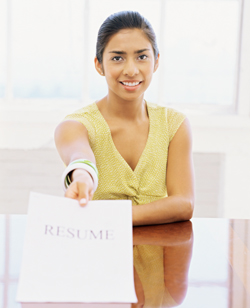 Time Magazine reported that, contrary to popular belief, graduates of state universities have the advantage when it comes to landing a job.

Although many students and parents think high-cost private college education increases the chances of landing a better, more lucrative job, The Wall Street Journal disagreed. According to a survey of top corporate recruiters whose companies hired 43,000 new graduates last year, state universities are the best bet.

Recruiters from both large public and private companies in nearly 30 different industries reported that graduates of state schools were most well-rounded academically and more equipped with skills that could be put to immediate use in a job. Additionally, state schools produce more graduates, which gives recruiters a larger pool of candidates to select from. "How can you compare a large state school to a small liberal arts school that produces less than 750 students who go into employment each year?" pointed out Monica Wilson, acting co-director of career services at Dartmouth College.

Furthermore, companies are under pressure to keep costs down and hiring efforts--recruiter salaries, advertising, traveling expenses and relocation--can run upwards of $500,000 to recruit 100 college graduates. State schools tend to have more students who live nearby, which is a benefit for local companies as this allows them to save on relocation costs. Proximity was also a benefit for recruiters as access to nearby schools allowed for tighter relationships and, thus, greater year-round access to interns.

Contrary to state university students, Ivy League graduates tend to job-hop after a short period of time or go back to school for advanced degrees. Indeed, Claudia Goldin, a Harvard economics professor and lead researcher on a study tracking Harvard graduates' career paths, noted that a recent survey showed that more than 55 percent of graduates went on to a doctorate degree after working at a company for a year or less. Companies prefer new hires who will stick around long-term and most recruiters have observed that state school graduates do.

According to The Wall Street Journal, nine of the top 10 colleges ranked by recruiters are state schools, including Pennsylvania State University (No. 1), Texas A&M University (No. 2) and University of Illinois-Champaign (No. 3). Not only are state schools favored by employers, but they are also cheaper. In-state tuition at the nine universities in the top 10 ranges between $5,000 and $15,000 a year. Carnegie Mellon, which was number 10 on the list, costs over $42,000 per year. Time Magazine pointed out that, in most cases, attending a state school for four years would cost less than one year at an Ivy League or private school.

However, The Wall Street Journal noted that while Ivy League and top private schools did not rank best overall among recruiters, many companies do recruit and hire from those schools and several companies favored them for specific majors. Harvard, for example, ranked fourth in business and economics.

The bottom line is that "recruiters want candidates who are going to be good workers", reported Time Magazine. So if a student worked his or her way through college, rather than depend on Mom and Dad or massive student loans, and still maintained good grades, he or she is more likely to catch a corporate recruiter's eye.