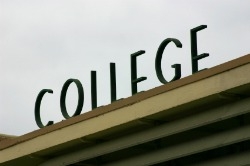 As the cost of college continues to go up at four-year institutions, many have turned to community colleges for the golden ticket because of their affordable prices. However, it is getting harder and harder to call community colleges the exception when it comes to rising tuition.

According a report from the National Center for Public Policy and Higher Education, over the past decade, the cost of tuition at two-year colleges has increased sharply, while median family earnings have lost ground. The New York Times reported that from 1999 to 2009, tuition at public community colleges increased 71 percent, yet median family income declined 4.9 percent, when adjusted for inflation.

Furthermore, as reported by Inside Higher Ed, there are nine states in which more than half of all undergraduate students are at two-year colleges. Four of those states are among the 10 states projected to have the most high school graduates over the next ten years. If the cost of community colleges continues to rise, the nation will not able to meet President Obama's goal of having the highest graduation rate by 2020.

"If we can't put even an entry-level postsecondary education within reach of those who want it, there's no way we're going to meet our education goals," said Patrick M. Callan, president of the National Center for Public Policy and Higher Education, to The Chronicle of Higher Education.

The report acknowledged that several states have made progress in streamlining the transfer from community college to a four-year university, including Florida, New Jersey, Rhode Island and Washington. City University of New York also recently revamped its transfer policies, as did the California State University system.

However, Callan pointed out, "None of this matters, of course, if students can't even afford the two-year college classes.

According to Inside Higher Ed, just 12 percent of students who start at a community college go on to graduate from a four-year institution, while 21 percent graduate with an associate degree. Callan told Inside Higher Ed that the first step in changing these numbers is to address the rising cost of two year colleges.