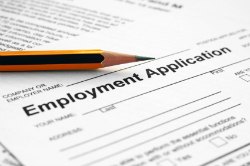 A new study may provide factual background as to why the long-term unemployed should be less than positive about their future job prospects.

Researchers hoped to find out more about 'negative duration dependence,' or the effect of long-time unemployment on finding a job, according to a study, "Duration Dependence and Labor Market Conditions," published by the National Bureau of Economic Research.

To test the effects, researchers submitted 12,000 fictitious resumes for jobs found online in 100 U.S. cities. The resumes were exactly the same except for the length of time listed as unemployed, according to The Huffington Post. In the study, researchers measured the amount of interview calls they received against the duration of unemployment listed on the resume.

Their results showed that the longer a person was unemployed, the less likely they were to get called for an interview. It also showed a specific drop-off rate: Those unemployed for up to about eight months had a call rate of about seven percent; those unemployed after eight months had their call back rate drop to four percent. Some coin this the "pink slip stigma." Interestingly, the stigma begins to level off after about 8 months, reported Life Inc.

"The labor market penalizes you for being out of work," Kory Kroft, a co-author of the study, said in Life Inc.

Employer perception may be tied to the drop in the call back rate that begins at eight months and continues near the same rate for extended lengths of unemployment. According to Life Inc., this may be because some employers surmise that those unemployed for longer may be less unemployable or less productive.

"Firms will use the number of months you've been out of work as a "proxy" or "signal" of how productive you are," explained Kroft in Life Inc.

These results made sense to Pamala Plastock, a clinical psychologist who lost her job last year following the closure of the N.J. residential treatment center where she worked, according to The Huffington Post.

Job seekers shouldn't be completely discouraged, however, if they don't receive a call back from an online job posting. Life Inc. reported there's a 93 percent chance that a resume will be deleted for these types of jobs. Therefore, talking to friends, doing your own networking and making in-person efforts may be better alternatives.

Yet, those who are recently unemployed may want to look to the study for their next steps. Kroft advised that these people "hit the ground hard early on," according to Life Inc.