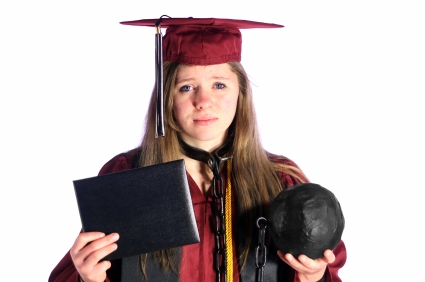 A report released this week concludes that colleges and universities can change their policies and programs to help lower their cohort default rates.

The report by Education Sector, an independent think tank, examines how a number of historically black colleges and universities successfully tackled the problem about a decade ago while continuing to serve large numbers of low-income students.

The data is particularly timely because of a change in federal law which will take effect in 2014. According to current law, colleges which have high default rates over a period of two years may become ineligible for student loans and Pell Grants. The new federal law will impose these sanctions based on three-year rates instead, which are typically higher. Consequently, colleges with default rates of 30 percent or higher for three consecutive years would be ineligible for federal aid.

The new law is likely to put many institutions at risk of losing federal funding. For-profit colleges, which typically have the highest default rates, have pointed out that default rates are not a fair indicator of an institution's quality; they merely reflect the socioeconomic background of its students. Harris N. Miller, president of the Career College Association, has said in the past that examining default rates only serves to discriminate against low-income students.

But the report, entitled, "Lowering Student Loan Default Rates: What One Consortium of Historically Black Institutions Did to Succeed," calls that opinion into question. "The major takeaway from this is that institutional practices do matter," noted co-author Robin V. Smiles, who was quoted in Inside Higher Ed.

"The big lesson for for-profit institutions is that these institutions were able to decrease their default rates [more] than other institutions that enroll very similar student populations," said Erin Dillon, who co-authored the report and was quoted in Inside Higher Ed. "Instead of blaming your default rates on the students you enroll, there are actually steps you can take."

The report describes the steps that 12 HBCUs took to lower their default rates: They worked with consultants and lenders and counseled students about the dangers of borrowing too much. They also worked hard to improve student retention and graduation rates, which the co-authors said consequently improves default rates.

"Institutions do matter in lowering student loan default. Even though demographics are a factor, they are not the main factor," said Smiles, who was quoted in Diverse: Issues in Higher Education. "We found pretty powerful evidence that shows there is a lot an institution can do to improve the likelihood a student will graduate."