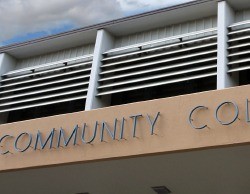 A common misconception about transfer students is that they are not as well-equipped to succeed at a four-year institution as students who enroll in a four-year college directly. A recent report, however, reveals that the opposite may be true.

The National Student Clearinghouse Research Center tracked the postsecondary achievements of students who transferred from two-year to four-year colleges in three academic years: 2005-2006, 2006-2007, and 2007-2008. Researchers found that in each of those academic years, 60 percent of transfer students graduated with at least a bachelor's degree within four years of transferring. Another 12 percent were still enrolled at a four-year institution with the intention of staying and finishing their degree program. Students who had earned an associate degree before transferring had an even higher graduation rate of 71 percent, with another 9 percent still enrolled.

Carrie Kisker, director of the Center for the Study of Community Colleges, explained in The Chronicle of Higher Education that the report is significant "first, because it reinforces the importance of community colleges in increasing the number of bachelor's degrees in America; and second, because it clearly demonstrates that earning an associate degree prior to transfer leads to greater baccalaureate attainment."

Another implication of the report, as Kay McClenney, director of the University of Texas at Austin's Center for Community College Student Engagement, asserted, is that it dispels common misconceptions about the quality of education at community colleges. "A lot of research indicates that community-college students, when they transfer to four-year colleges and universities, perform academically as well as or better than the native students," she said in The Chronicle of Higher Education.

Davis Jenkins, a senior researcher at the Community College Research Center at Columbia University's Teachers College, wants to replicate that success amongst community college students who do not transfer to four-year colleges. He commented in Inside Higher Ed that given the academic achievements of transfer students, "It does raise the question of could we achieve these outcomes with the other 80 percent" who do not transfer. Jenkins emphasized that one way to increase the transfer rate of community college students and hopefully achieve the same academic success rate is to align associate and bachelor's degree programs. An example of this approach, according to Inside Higher Ed, would be the partnership between Valencia College and the University of Central Florida. Jenkins also added that community colleges and four-year institutions should motivate students to earn their associate degree before transferring.