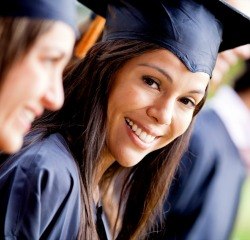 The debate about for-profit colleges is far from over and new research has added new voices to the discussion -- those of students and alumni from for-profit schools.

According to The Chronicle of Higher Education, nonprofit organization Public Agenda surveyed more than 400 current students and alumni of for-profit colleges, some 800 prospective students and 650 employers. Responses showed that overall students and alumni were satisfied with their experience, specifically praising their school for its quality of instructors, efficient programs, small classes and scheduling flexibility.

The for-profit sector has faced major criticism in recent years, but at the same time it has increased access for nontraditional students and has responded to labor market demands.

"The for-profit sector warrants scrutiny, particularly on questions of cost and student recruitment, but it's also clear that these colleges are responding skillfully to the needs of a significant number of America's students," said Will Friedman, president of Public Agenda, in the press release.

Indeed, according to U.S. News & World Report, many prospective students considered for-profit colleges because they prioritized schools that would allow them to graduate quickly, offered online classes and provided hands-on help from career counselors, tutors and financial aid advisors.

Responses from employers were equally mixed. According The Chronicle of Higher Education, about half of employers saw no difference between for-profit and traditional public colleges.

Brett Patterson, a consultant who hires interns and contractors and a graduate of a for-profit MBA program, told CityTownInfo, "There are direct advantages and disadvantages to both nonprofit and for-profit educators, but as a hiring managers I have no preference to one or the other. I'm more interested in the quality of the work/worker than I am the name of the school."

Patterson went on to say that the quality of education really depends on the specific school.

"A good school recruits good professors, staff and students; it shouldn't matter if it's traditional, distance learning, nonprofit or for-profit," he said.

"We have not seen any difference between for-profit and traditional colleges, unless the institution is in the category of M.I.T. As long as a school is properly certified, we have had no problems presenting candidates who graduated from a for-profit college to potential employers."

Some do have a preference, however. The Chronicle of Higher Education noted that the other half of employers who did differentiate between for-profit and nonprofit tended to favor traditional institutions. According to the press release, however, many employers lack knowledge of for-profit schools -- 76 percent did not know about the local for-profit schools in their area, but 87 percent were familiar with -- and opinionated about -- their region's public universities.

"Almost every hiring authority we work with prefers candidates from a traditional nonprofit institution, and it's more about fear of the unknown," said Chad Oakley, President and Chief Operating Officer at Charles Aris, Inc., a full service executive search firm, to CityTownInfo. "For-profit schools are new, and new concepts take time to establish themselves as legitimate."

Interestingly, many students were also unfamiliar with the for-profit sector, reported the press release. Many students said "nothing comes to mind" when they heard the term "for-profit college". Furthermore, 65 percent of current for-profit students and 63 percent of for-profit alumni were unsure whether their school was for-profit or not.

The report also found that, contrary to popular belief, most students are not "comparative shoppers" when it comes to choosing a college and often rely on recommendations or advertisements, which suggests they may not be making the well-informed decisions that most policymakers think they are.

According to Inside Higher Ed, some praised the report for offering a new perspective -- the voice of the consumer. Noah Black, a spokesperson for the Association of Private Sector Colleges and Universities, noted, however, that more research needs to be done.

"I think we are still a long way off from data that would help us draw better conclusions," said Black in Inside Higher Ed.

"For-Profit Colleges Have Some Strengths, But Are They Worth the Cost?," publicagenda.org, February 10, 2014, http://www.publicagenda.org/press-releases/forprofit-colleges-have-some-strengths-but-are-they-worth-the-cost