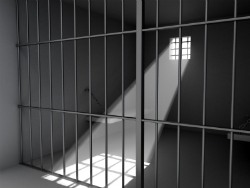 Despite the fact that research has shown that education can lower the overall cost of incarceration by reducing recidivism, a recent reported released by the Institute of Higher Education Policy showed that just a small percentage of U.S. prison inmates were enrolled in some form of postsecondary education in the 2009-10 academic year.

Inside Higher Ed reported that the authors of the report, titled "Unlocking Potential: Results of a National Survey of Postsecondary Education in State Prisons", reached out to chief correctional education officers in all 50 states for data. Forty-three states responded, revealing that about six percent of inmates received higher education in 2009-10. According to The Chronicle of Higher Education, inmates in 13 states accounted for 86 percent of those enrolled in college. While enrollment varied dramatically from state to state, the locations with the most incarcerated students included Washington, Idaho, California, Arizona, Texas, Louisiana, Arkansas, Missouri, Wisconsin, Indiana, Ohio, North Carolina and New York, reported The Wall Street Journal.

According to The Wall Street Journal, the authors of the report used the data to encourage greater access to higher education for inmates (the survey was part of a larger research project aimed at finding ways to increase postsecondary access to underserved populations). Greater access to education could potentially reduce the cost of incarceration, argued the authors. Each year, the U.S. spends approximately $52 billion on the 2.3 million inmates in prison. Max Kenner, founder of the Bard Prison Initiative, a nonprofit that brings Bard College courses to inmates in five New York facilities, pointed out that "keeping someone in prison costs about the same per year as sending them to Harvard". Kenner added that research has shown that prisoners who obtain a postsecondary degree are less likely to commit a crime and return to prison when released.

The report offered three recommendations for improvement, noted The Chronicle of Higher Education: a pilot program that would allow inmates to take online classes without sacrificing security; collaboration with state colleges to ensure that coursework taken in prison will be transferable and restructure eligibility requirements for need-based aid.

The authors did, however, acknowledge that in light of state budget crises and cuts to the Pell Grant program, policy changes for prison education will not be a priority.

"The political environment is always going to be complex around these issues, and that's certainly going to be the case in the current environment," said Brian A. Sponsler, a research analyst for the Institute for Higher Education Policy and a co-author of the report, to Inside Higher Ed. "By elevating the issue now, we hope it can be part of the discussion."