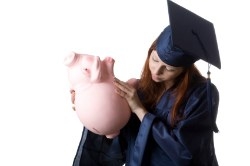 A report released last week has found that student debt increased 5 percent for the class of 2010, with the average student graduating with $25,250 in loans. Last year's average debt was $24,000, and this year's was the highest on record.

The report from the Project on Student Debt of the Institute for College Access & Success also found that the class of 2010 had a 9.1 percent unemployment rate--the highest in recent years, although not as high as those without college degrees.

The study was based on data culled from more than 1,000 colleges, but it did not include for-profit schools. The top two schools listed in the report where the class of 2010 had the highest average debt were the Cleveland Institute of Art and Eastern Nazarene College. Students who graduated in 2010 from those schools had an average debt of $55,231 and $51,336 respectively, although the report noted that other colleges and universities that did not report their data might have higher figures.

"Student debt goes up and it doesn't ever go down," noted Mark Kantrowitz, publisher of Finaid.org and Fastweb.com, who was quoted by The New York Times. "We're clearly heading in the direction of decreased college affordability. Among lower-income students, the canaries in the cage that squawk first, we're already seeing a decline in enrollment in four-year colleges and an increase in lower-cost two-year institutions."

The report noted that over one-fifth of the student debt of the class of 2010 came from private loans. That's concerning, because private student loans tend to have higher interest rates and less borrower protections than federal student loans.

"How you borrow, not just how much you borrow, really matters," said TICAS president Lauren Asher in a press release. "If you have federal student loans, income-based repayment, unemployment deferment, and other options can help you manage your debt even in these tough times."

As the Chicago Tribune reported, student debt can have lasting effects, forcing people to postpone weddings, home purchases and vacations and pay monthly payments on loans lasting into middle age.

"What we know is it is impacting so many people," said John Pelletier, director of the Center for Financial Literacy at Champlain College in Vermont, who was interviewed by the Tribune. "I think many of them have been surprised, as have been their parents. There are many of them like the folks who may have gotten into mortgages they regret and don't understand."