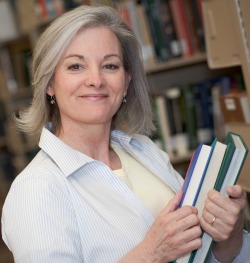 The face of today's college student is changing. According to a new paper commissioned by the American Council on Education, students who enroll in college full time straight from high school comprise only 15 percent of current undergraduates, with the remainder largely made up of what are known as non- or post-traditional students. It is this group, the paper suggests, that will help the United States keep its competitive edge in the global economy -- but only if a broad transformation of an educational system that currently fails to meet their needs occurs.

According to Inside Higher Ed, the new paper, entitled "Post-traditional Learners and the Transformation of Postsecondary Education: A Manifesto for College Leaders," written by Louis Soares, defines nontraditional learners as primarily working-age students between 25 and 64 years of age who attend school while balancing life and career obligations. Soares, a special policy adviser to ACE president Molly Corbett Broad, contends that this group has become the new norm in the American university system, and that improving completion rates within this group is the key to the nation's economic success.

"The issue of increasing attainment rates among all Americans, including adult learners, is of great importance to the higher education community and the nation as a whole," Broad said in a press release published by ACE.

In this regard, Soares argues, the system is failing, as college completion rates among post-traditional students remain poor. Reasons for this include older students' fading academic skills, limited scheduling flexibility, and lack of access to useful information about the benefits of a college degree. Their needs, he contends, are getting lost in the hype surrounding other trends in education, including technology-driven developments such as massive open online courses (MOOCs). If that is to change, presidents must rethink their institutional, instructional and business models to better serve these students.

"We need your voice here," Soares writes in the report. "It's a time for institutional reinvention."

According to Inside Higher Ed, Soares believes that part of the solution lies in alternate forms of credentialing and learning. These innovations, which Soares calls a "new ecosystem for learning validation outside of the academy," include corporate training institutions, competency-based education and prior learning assessment. Soares believes that education leaders should leverage these tools, transforming the current system into one that better meets the needs of post-traditional students.

Inside Higher Ed suggests that the implication that college leaders are failing American students is likely to raise some eyebrows among the academy, noting that ACE added a disclaimer affirming that the views expressed in the paper are those of Soares, and not necessarily those of ACE as a whole. Still, the ACE press release suggests that Broad and the council are generally supportive of the analysis.

"Soares offers some intriguing ideas about the role innovation might play as higher education leaders continue to address the pressing issue of post-traditional learners and attainment," said Broad.