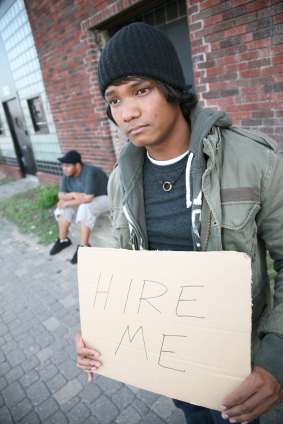 A recent report predicts that minorities will be facing even tougher economic times in the years ahead, while another study urged leaders to take action to address the issue.

According to a recent report by the Economic Policy Institute, a non-profit think tank, the disparity between white and minority unemployment rates has grown dramatically and will continue to expand even further. The report, "Downcast Unemployment Forecast," makes several grim predictions, including a 50 percent poverty rate for African American children and an unemployment rate for minorities that will exceed 20 percent in five states later this year.

"These sobering data show us that the nation must do more to address the ongoing human tragedy brought on by this recession," noted EPI analyst Kai Filion, who was quoted in a news release. "There is no reason why we should tolerate such outcomes--elected officials can and must put millions of Americans back to work with bold, targeted job creation policies."

In Washington, DC, officials are trying to address the problem. The Washington Post reports that the Metropolitan Washington Council of Governments issued a report last week calling for political, business and education leaders to tackle the rising minority unemployment rate by implementing steps such as creating vocational and career training programs in high schools.

"For the first time, we have the brightest minds and the brightest research groups working on the problem, rather than working in silos," said DC Council member Kwame R. Brown, who was quoted in the Post. "The real key is how do we get [blacks and Hispanics] trained for the jobs of the future? There needs to be an infrastructure set up that allows people [to get jobs] to feed their families."

The report also recommended providing more transportation and child care to allow people to participate in job-training programs and expanding programs that allow students to concurrently enroll in college.