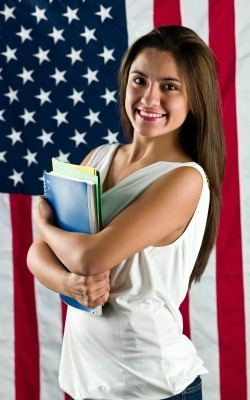 The outcome of the November presidential election sent a message to Congressional leaders - compromise and bipartisanship are essential to getting things done. A few political leaders have taken this message to heart.

As The New York Times discussed, Republican Senator Dean G. Skelos of New York exclaimed that his caucus is ready to collaborate with Democrats on two major issues - raising the state's minimum wage and helping illegal immigrants' children afford college. Although Skelos did not support similar regulations a year ago, he recently stated that a Dream Fund act could pass this year: "I think there is support from people that tend to be a little bit more conservative, as long as it's private money put into the fund."

He had the same feelings on the topic of minimum hourly wage, which Democratic Governor Andrew M. Cuomo wants to raise from $7.25 to $8.75. Skelos explained, "Last year, the economy was in such a fragile state that it was the wrong time to do it. What I think can be done this year - the economy is improving - is we can have a serious discussion if there's a way to implement it." Cuomo, however, is not the only Republican leader willing to compromise.

MSNBC reported that House Majority Leader Eric Cantor, one of the biggest faces of the Tea Party, is out to increase the Republican Party's appeal and assist in important issues, including immigration, education, job creation, and economic growth. "I think we learned a lot of lessons from the last election. I don't think we've completed the sentence, which is what we're trying to do is to help people. We're trying to do it to help the moms and dads that are having a difficult time right now." In that effort of helping people, Cantor is supporting education cost reform, lower health care costs, an increase in visas for skilled workers, and even a path to citizenship for young undocumented immigrants in the U.S. Cantor went on to express his hopes that President Obama and the GOP could work together on the aforementioned issues and "provide relief to so many Americans who simply want their life to work again."

On the subject of immigration, Cantor supported improving employee verification tools, reforming the guest worker program, and facilitating access to green cards for immigrants who have a high-level degree. As for education reform, he aims for more efficient spending per student, cost transparency in college tuition, greater access to vouchers, and increased disclosure to students regarding the job prospects related to each degree. In a further effort to appeal to the middle class, he called for greater flexibility at work and an easier way to file taxes.

Cantor expressed his opinion on what Congress's legislative goal should be: "Government policy should aim to strike a balance between what is needed to advance the next generation, what we can afford, what is a federal responsibility and what is necessary to ensure our children are safe, healthy and able to reach their dreams."