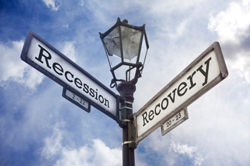 As House Republicans approved an aggressive plan to cut spending, a report from Moody's Analytics economist Mark Zandi predicted that the plan would only hurt the economy more.

According to The Washington Post, Zandi's report argued that the Republican plan, which would eliminate dozens of federal programs and offices and slash agency budgets, would slow economic growth by 0.5 percent this year and 0.2 percent in 2012. As a result, 700,000 jobs would be lost by the end of next year.

The report comes after two other reports predicted far more damage. As The Hill pointed out, the Economic Policy Institute concluded that the bill would cost 800,000 jobs, while Goldman Sachs predicted a two percent loss in economic growth.

In his report, Zandi argued that while budget cuts are indeed necessary, the economy is not ready for the deep cut in federal spending that Republicans are calling for.

"While long-term government spending restraint is vital, and laying out a credible path toward that restraint very desirable, too much cutting too soon would be counterproductive," explained Zandi. "The economy is much improved and should continue to gain traction, but the coast is not clear; it won't be until businesses begin hiring aggressively enough to meaningfully lower the still-high unemployment rate."

However, despite the warnings, Republicans have ignored Zandi and other reports, stated The Washington Post, saying the arguments are flawed and only help keep the unemployment rate above nine percent. Furthermore, because Zandi supported President Obama's 2009 stimulus plan, Republicans are not convinced.

"The fact that a relentless cheerleader for the failed 'stimulus'--which the Democrats who run Washington claimed would keep unemployment below eight percent--refuses to understand that ending the spending binge will help the private sector create jobs is sad, but not surprising," said Michael Steel, a spokesperson for House Speaker John A. Boehner (R-Ohio).

Zandi did, however, point out that reducing the deficit to sustainable levels would require more than just a growing economy--Congress would still need to cut about $400 billion a year through the rest of this decade to shrink the gap between spending and revenue and to stop adding to the national debt.

According to the report, if policymakers remain in deadlock, there may be devastating consequences. Zandi argued that a government shutdown could cause others to question U.S. policymakers' ability to govern, which may lead to a new recession. Therefore, Zandi recommended a "political compromise" that would split the difference between the administration and House Republican proposals and cut spending by just $30 billion in fiscal 2011.