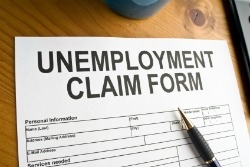 Republican leaders on the Hill are hoping to build support for a tax package that would shorten the length of time that unemployment recipients are eligible to receive benefits.

The plan, unveiled by GOP members on Thursday, ultimately looks at cutting unemployment payments by 40 weeks, according to The Huffington Post. The proposal would also tighten eligibility guidelines, The Hill reported.

House Ways and Means Committee Chairman Dave Camp (R-Mich.) believes that the GOP will find backing for the decrease, which would reduce unemployment payouts from 99 weeks to 59 weeks in the hardest hit states and 73 to 33 weeks in other states.

"Most Americans feel that unemployment insurance should be somewhere between 26 and 99 weeks, and we're looking at policies that will end up with an employment plan somewhere in that range," Camp said in The Hill.

The GOP plan doesn't look to cut the length of unemployment benefits all at once, however. Instead, it calls for a gradual reduction, reported Bloomberg Businessweek. According to The Hill, this could mean a drop in 20 weeks by next summer.

"While this legislation doesn't have everything that either Republicans or Democrats want, it makes incremental progress and demonstrates that we can work together to deliver results," House Majority Leader Eric Cantor (R- Va.) said in Bloomberg Businessweek.

Reducing the federal price tag on unemployment payments could make it easier to procure Republican support for a payroll tax cut extension that currently expires at the end of the year. Expiration of that tax cut will result in a two percent increase in payroll taxes for American workers. President Obama has recently campaigned for its extension. In fact, an extension of this tax cut is included in the Republican tax plan.

The GOP plan, actually introduced as a bill on Friday, comprises a number of other provisions. These include extending the full write-offs for capital investments by two years and delaying cuts in Medicare reimbursements to doctors until 2012. The bill would cover such costs by enacting other measures such as extending the pay freeze on civilian federal employees and limiting tax credits for illegal immigrants, Bloomberg Businessweek reported.

However, provision of unemployment benefits is an issue meaningful to Democrats. House Democratic Leader Nancy Pelosi (D-Calif.) described the GOP bill as a practice in partisanship and said it would have little chance at passing in the Democratic-controlled Senate.

"Their proposal doesn't have a shot," she said in Bloomberg Businessweek.

Another Democrat described the Republicans as out of touch.

"I can only hope that when Republicans go home this weekend they will talk with unemployed Americans and begin to understand the exceptionally challenging circumstances they face," Congressman Sandy Levin (D-Mich.) said in The Hill.

Some Democrats hope to enact legislation with a completely different focus than that of the Republicans. Rep. Barbara Lee (D-Calif.) and others from the Congressional Black Caucus, for example, want to increase benefits that are currently available at 99 weeks for 2 million Americans to 113 weeks, according to The Hill.