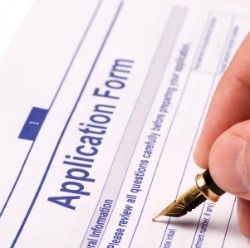 Applicants hoping to get into selective graduate schools can spend a great deal of time doing things that make them look good on paper, like scoring well on the GMAT, getting a summer internship or joining academic honor societies. New research suggests one more thing admissions hopefuls can do to significantly boost their chances of acceptance: Attend an "easy A" institution.

Harvard Business School and UC Berkeley Haas Business School researchers have found that selective graduate schools are up to six times more likely to accept students with high marks from schools known to artificially inflate grades than students with lower grades from programs that score more rigorously. According to Bloomberg Businessweek, the study, published in the Public Library of Science, involved a series of experiments using real and hypothetical data. In one experiment, 23 undergraduate admissions professionals reviewed fake admissions applications as if they represented selective MBA programs. In another experiment, researchers analyzed real admissions decisions made for more than 30,000 applicants at four highly selective programs.

In both experiments, the results were the same: Students with higher grades from "easy A" institutions were much more likely to be accepted than those who attended programs known to grade more rigorously. According to Inside Higher Ed, the bias toward high grades persisted even when other indicators suggest students with lower grades are just as -- if not more -- academically capable. When interviewed, admissions officers said they considered whether an institution was known to hand out A's, but ultimately did not act on the information.

"The disquieting strategic implication of this finding is that if a school wants to get its alumni into graduate school, it should grade more leniently, study co-author and Haas associate professor Dan Moore told Inside Higher Ed. He said that though the research dealt exclusively with MBA programs, he would be willing to "bet big money" that the results would remain true for other types of schools and programs.

Inside Higher Ed reports that the results might be the product of "correspondence bias," which relates to a person's tendency to form judgments based on what they see at a given moment rather than in a larger historical context.

The results might be upsetting to academics who are working to minimize grade inflation, which has been a hot topic in higher education circles as of late. Three years ago Loyola Law School in Los Angeles revealed that it intentionally inflated graduates' grades to give them a competitive edge in a difficult job market, especially against candidates from more prestigious programs. These new results suggest that strategy may have been effective.

Moore told Inside Higher Ed that he hopes the research encourages programs to consider a number of other factors beyond students' GPAs when making admissions decisions, like grading patterns and class rank. When asked whether he is personally a tough grader, Moore said his grading system is "consistent with the norms of my institution."

"Colleges With Lenient Grades Get Six Times as Many Grads Into B-School," businessweek.com, July 30, 2013, Louis Lavelle