Research Suggests That Unemployment Benefits Do Not Exacerbate Economy 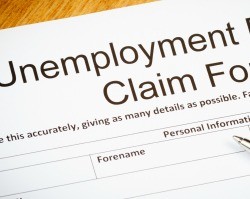 During recessions, Congress often extends jobless benefits to help out the long-term unemployed. Some financial experts say this is a mistake, arguing that extensions actually increase unemployment by removing an incentive for some Americans to get a job. New research suggests that they have it all wrong.

A recent report published by the Federal Reserve Bank of San Francisco analyzed the impact of extended unemployment benefits on the U.S. jobless rate between 2009 and 2012. The verdict, as CNBC reported: Giving unemployed Americans jobless benefits for up to 99 weeks did not discourage them from taking new jobs.

"There was some criticism that people on long-term unemployment benefits would not want to go back to work," Henry Farber, co-author of the report and professor of economics at Princeton University, told CNBC. "But that's not true."

This evidence is not compelling enough to change the belief of some that extending long-term unemployment benefits increases overall unemployment, notes CNBC. One such critic is Northwood University economics professor Timothy Nash.

"There's a lot of debate about the impact of extensions but my gut feeling is that giving them hurts the job picture," Nash told CNBC. He said that in Sweden, long-term extensions correlated with higher unemployment, and when benefits ended, jobless rates declined. "But without extensions," he said, "people feel a better sense of urgency that they have to find a job."

CNBC reports that benefit extensions decline as the job picture improves. Current extended benefits are set to continue for those receiving them but are not scheduled to be renewed at the end of the year. Those who go on unemployment now are unlikely to have their benefits extended unless job losses reach recession-era levels.

The reduced benefit term could spell particularly bad news for America's youth. According to The Huffington Post, this age group suffered more than others during the Great Recession, when employers often chose to hire suddenly-available experienced workers over younger applicants. As of April, workers under 34 years of age accounted for nearly half of the nation's unemployed, and a recent Bloomberg Brief from Bloomberg Senior Economist Joseph Brusuelas suggested that continued high unemployment among these workers could result in at least $18 billion in lost wages over the next decade. "It's a conservative estimate," Brusuelas told The Huffington Post. "That really underestimates the true nature of the problem. My gut tells me that it's much larger."

"America's Youth Unemployment Problem Could Cost $18 Billion Over The Next Decade: Analysis," huffingtonpost.com, Jillian Berman, May 20, 2013