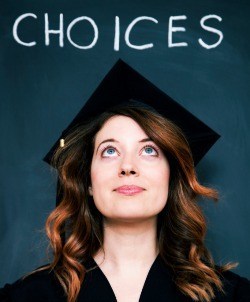 College rankings. They may encourage some schools to misrepresent themselves, drive up tuition and heighten status anxiety, but according to The Atlantic, new research suggests they matter. A lot. According to at least one college expert, that is not going to change anytime soon.

A new study from the American Educational Research Association suggests college rankings can boost -- or shrink -- a school's application pool. Being named a top party school by the Princeton Review could translate to an eight to nine percent drop in out-of-state applicants, for instance, while earning a place among U.S. News & World Report's 25 best colleges can garner up to 10 percent more. Rankings proclaiming which schools have the most and least happy students or the most beautiful campuses can also drive up applications, just as those identifying schools with the least happy students or the most unsightly campuses can undermine them.

Why do rankings matter? The researchers suggest these lists give students with limited knowledge of a particular school access to information they might not be able to find elsewhere, especially when campus visits and sit-downs with current students or alumni are unaffordable. Whatever the reason, Eddie LaMeire, CEO of LaMeire College Consulting, told CityTownInfo the popularity of college rankings are unlikely to wane anytime soon.

"As a species, it seems, we love the idea of 'the best,'" said LaMeire. He notes that some of the criteria for some of the most popular lists amount to a "bunch of subjective, uninformed garbage," and that rankings at large have caused students "unnecessary stress" and have pushed colleges "to do some alternately silly and reprehensible things." Still, "they're not going anywhere," and even seemingly unimportant criteria -- like alumni giving rate -- can help give students a sense for the whole college experience.

That is not to say future students weighing colleges should consider rankings above all else. LaMeire encourages students to consider a college's size, location and offerings, too, while Alfred Poor, full-time speaker and author of "7 Success Secrets That Every College Student Needs to Know," told CityTownInfo that a school's cost should be a chief concern.

"It is far, far more important to get a degree that you can afford and that you will finish," said Poor. "Too many young people start college, incur the debt, but then fail to get the degree and the increased earning power required to pay off that debt."

But what about employers or graduate schools? Do rankings matter to them? Poor notes that though studies show employers do not weigh an applicant's school's rankings heavily, a high ranking can add to a school's perceived prestige and notoriety. He told CityTownInfo that competitive graduate programs -- like medical or law school -- might also consider how well regarded an applicant's undergraduate institution is, but those are the exception, not the rule.

If rankings should not be the master criterion by which one chooses a school, what is? According to LaMeire, the deciding factor should be something much less quantifiable than rankings or cost: instinct, and adequate research.

"(My) mantra is: Apply with your head, but attend with your gut," said LaMeire. He said the students who tend to be happiest with their college choice simply felt like it was the "right" fit, a feeling that was informed by their earnest research in different colleges, their campuses, and their offered programs.