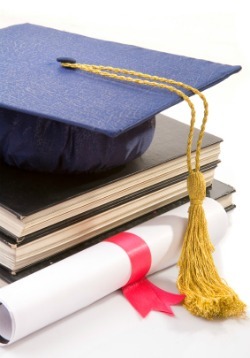 Escalating college costs and slow economic recovery have rehashed the debate over the value of a college degree. While recent studies have provided many different perspectives, researchers at Georgetown University's Center on Education and the Workforce have broken things down even further.

According to The Chronicle of Higher Education, Anthony P. Carnevale, director of the Georgetown University Center on Education and the Workforce, argued that earning a bachelor's degree, in general, is a good idea; however, financial return on investment is heavily affected by what major one chooses.

As The Chronicle of Higher Education pointed out, workers with a bachelor's degree make 74 percent more, on average, than those with just a high school diploma. However, when looking at the difference between majors, the gap may vary. Bloomberg reported that, as a group, engineering majors had the highest median earnings--$75,000. Those with degrees in education and psychology and social work earned the lowest pay--$42,000.

Specific areas of study within majors also resulted in a difference in pay. For instance, petroleum engineering majors earned a median income of $120,000, while counseling-psychology majors earned just $29,000. Within the business category, those majoring in business-economics had the highest median pay--$75,000.

"The bottom line is that getting a degree matters, but what you take matters more," said Carnevale in a press release.

The Chronicle of Higher Education also noted that occupation and industry had an impact on earnings. While some majors are closely connected to a particular occupation or industry (i.e. nursing majors), others allow for a variety of options--some of which pay more than others.

Carnevale said the findings should be helpful to both policy makers and students.

"Truthfully, what we have here is something students and college administrators ought to know," he said.

Indeed, 48 percent of recent college graduates said they would choose a major more carefully if they could go back and do it again.

Still, The Washington Post reported that many in academia cautioned against reading too much into numbers. Furthermore, some students are less interested in making lots of money and feel college is more about personal growth and the experiences you gain.

"These types of correlations are a little bit dangerous," said David Oxtoby, president of Pomona College. "There are lots of individual cases, and everyone is different... Parents should be very careful about pushing their kids in directions that are not right for them."

"On path to riches, no sign of fluffy majors," washingtonpost.com, May 23, 2011, Peter Whoriskey