Researchers Argue that Shortage of Tech Workers is a Myth 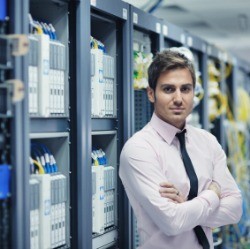 It's been in the news a lot: The U.S. has a shortage of science, technology, engineering and math, or STEM, workers. However, a new study by the Economic Policy Institute shows that, contrary to popular thought, this deficiency may be a myth. In fact, EPI, a left-leaning think tank, said the nation is producing STEM graduates at a rate in excess of the number of available STEM jobs, The Washington Post reported.

This debunking comes at a time when companies have been saying consistently that the labor pool of STEM workers is too small. In addition, immigration lobbyists have been pushing for additional H-1Bs visas to allow STEM professionals outside of the U.S. to enter the country, and President Barack Obama remains committed to improving STEM education.

EPI researchers agreed the number of U.S. students who earn STEM degrees is small, but said it is essential to see the post-graduation employment statistics of these students. Many of them, researchers found, cannot find work. Only half of the students graduating from college with a STEM degree are hired into a STEM job, the study revealed.

Had the U.S. truly been facing a shortage of STEM workers, wages for these types of jobs would have risen, researchers argued, yet they haven't in more than 10 years, The American Prospect explained. Rather, today's STEM wages mirror those of the late 1990s, the study said. Flat pay and insufficient placement of these graduates in STEM positions signal the opposite of a shortage.

The study showed, according to CNBC, that U.S. colleges graduate 50 percent more computer and information science and engineering students than are hired into those fields each year (IT jobs comprise 59 percent of the STEM workforce, according to the study). Of the graduates trained in computer science who didn't end up with a job in the field, 32 percent said it was due to the fact that information technology jobs weren't readily available. About 53 percent said they found better job prospects outside of IT.

"These responses suggest that the supply of graduates is substantially larger than the demand for them in industry," researchers added.

The study noted that, because the U.S. lacks a STEM worker shortage, the drive for additional work visas is not only unnecessary but also potentially detrimental to STEM-trained individuals already living in the U.S. who can't find work. Also, it likely would result in fewer Americans pursuing training in STEM fields in the future.

"Immigration policies that facilitate large flows of guest workers will supply labor at wages that are too low to induce significant increases in supply from the domestic workforce," an executive summary of the study stated.

If the U.S. has sufficient STEM workers, why is the shortage myth continually reiterated? It's because technology employers want cheaper STEM labor, skeptics said.

"Study: There may not be a shortage of American STEM graduates after all," washingtonpost.com, April 24, 2013, Jia Lynn Yang