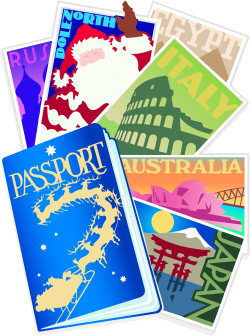 Opinions on study abroad have always been divided. Some say study abroad is a distraction and can hinder academic success. Others say students can learn things aboard that they normally would not learn at their home campus. According to The Washington Post, the University System of Georgia has spent a decade studying the academic outcomes of study abroad and the findings are encouraging.

The research was conducted by the Georgia Learning Outcomes of Students Studying Abroad Research Initiative (GLOSSARI). According to the study's website, the University System of Georgia was a "good laboratory for conducting research" as it has a large and diverse student population. Additionally, about 8 percent of all UG degree recipients earn part of their education abroad. The study included 283,000 students at 35 institutions comprised of four research universities, 15 comprehensives and 16 two-year/four-year schools. The university system also has more than 425 study abroad programs of all types.

Researchers were very careful when selecting a control group since the "goal was to isolate the effect of study abroad and to make our groups as comparable in every respect except that one group studied abroad and the other did not," said Don Rubin, professor emeritus of speech communication and language education at the University of Georgia and research director for GLOSSARI, to Inside Higher Ed.

Furthermore, the study shows that although students acquired more "fact detail" knowledge in courses taught at home campuses, more conceptual or "big-picture" learning came across more strongly in the study abroad students. "Students in the French Revolution class saw how the events of revolution are interwoven into contemporary France, which is something that students who studied it domestically never achieved. For them it was just a history class," said Rubin.

One aspect where there was no significant difference between the control group and study abroad students was in the knowledge of global interdependence and world geography. Inside Higher Ed points out that both groups had a general decline in the "ability to name four rivers in Europe and three in Asia".