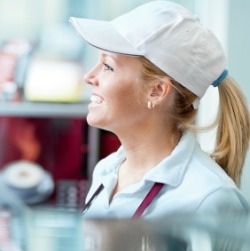 As reported by The Wall Street Journal, the Affordable Care Act requires employers with 50 or more full-time workers to offer health insurance to employees who work 30 or more hours a week, or else face financial penalties. As a result of this requirement, many restaurant owners and small businesses are shifting their workforce, hiring more part-time employees so that they do not incur higher health care costs.

"Companies don't want to pay for health care unnecessarily if they can avoid it, so they'll try to avoid it," explained Paul Dales, senior U.S. economist at Capital Economics, in The Wall Street Journal.

The Obama administration has postponed enforcing financial penalties until 2015 so that businesses have more time to make necessary changes. Many restaurant owners, however, told The Wall Street Journal that they would avoid hiring full-time workers nonetheless. Rod Carstensen, owner of 11 Del Taco restaurants in Denver, for example, began hiring more part-time workers in April to avoid health care costs and financial penalties. Carstensen estimated that he would have had to pay as much as $400,000 annually to provide health insurance had he not made the change.

The increase in part-time employment could also be a result of other factors. The Wall Street Journal pointed out that it could reflect a stronger economy. Restaurant chains such as Panera Bread, Wendy's and Chipotle have been expanding, which means more workers are needed to keep up with demands, and as other industries lag in recovery, more Americans are willing to take part-time work that was previously filled by undocumented workers who were not accounted for in hiring statistics. Quartz noted that this hiring trend is expected to continue as new franchise restaurants expand and open. It is predicted that quick-service food franchises will increase by 2,600 units and 66,000 employees. An additional 361 new full-service restaurant franchises are also forecasted to be opened.

Regardless of the reason, The New York Times noted that most part-time workers would also benefit under the Affordable Care Act. Although employers would not be required to offer them health insurance, the new law would limit premiums as well as out-of-pocket health costs through subsidies for part-time workers who pay for their own health coverage. As a result, a part-time employee could have comprehensive health care coverage while still making almost the same wage he or she would as a full-time employee. Because of this, The New York Times speculated that part-time work would be more appealing to both employers and employees, which would likely make part-time employment more common in the years to come.