Retraining Does Not Guarantee Immediate Jobs 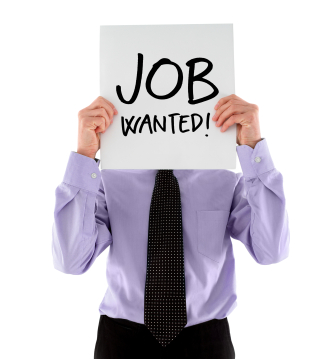 Job seekers are finding that retraining helps improve opportunities in the long run, but not necessarily right away.

The Wall Street Journal reports that according to the Labor Department, there was one job opening for every 5.4 unemployed workers in January. Because so many are looking for work, even those with updated skills are having a tough time finding jobs.

For example, before September 2008, 90 percent of the students who completed career training at Atlantic Cape Community College in New Jersey found work within six months of graduating. But now, says the Journal, the placement rate is 30 to 40 percent.

"The labor market just isn't doing a lot of hiring right now," explained Harvard economist Lawrence Katz, who was quoted by the Journal, "but there are obviously long-run payoffs" to retraining.

Indeed, thousands have taken advantage of federally-funded job retraining for the unemployed. For example, The News Tribune in Tacoma, Washington, reports that the Tacoma-Pierce County Workforce Development Council has already spent $1.4 million in stimulus funds to pay for in-demand classes at local community and technical colleges.

"When I first found out I got into this program, I was on my knees thanking God," said Lokeni Lokeni, who is training to be a commercial truck driver at Bates Technical College, and was interviewed by the News Tribune. "Job security to take care of my family--that's what it's all about."

Meanwhile, the Pioneer Press in Minnesota reports that demand is so great for retraining that the state has depleted its dislocated worker funds, and more than 2,000 people are now on waiting lists to enroll in courses. The job training program served nearly 12,000 people in the first eight months of this fiscal year, easily exceeding last year's total of 10,360.

"This is an unprecedented situation," noted Anthony Alongi, director of Minnesota's dislocated worker program that is run through the Department of Employment and Economic Development, who was quoted by the Pioneer Press.

Does the retraining help? The answer is yes--eventually.

"That's one of the challenges people who go through retraining have--they're in a numbers game," said Richard Lovering, who leads human resources and organizational development at AtlantiCare, which runs two hospital campuses in southeastern New Jersey. But, he told the Journal, those with better experience and training will be stronger candidates in the long run.

"Ultimately, it's going to turn," he said. "Employment is going to come back and these folks are going to be much better situated."