Revised Student Loan Bill On The Way To House 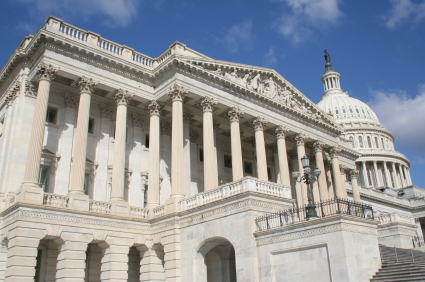 The final version of a major student loan overhaul bill was released yesterday and could be voted on in the House of Representatives as early as Sunday.

The legislation--which is being combined with President Obama's healthcare plan--would end private lenders' involvement in federally subsidized student loans; the U.S. Department of Education would instead be responsible for directly lending to colleges and students. Analysts estimated the change would save $61 billion over the next ten years, most which would help fund Pell Grants.

The measure is an "extraordinary opportunity to help middle-class and working-class students around the country," noted Education Secretary Arne Duncan, who was quoted in The Washington Post.

The revised bill, reports Inside Higher Ed, will give $36 billion to Pell Grants, $2.55 billion for historically black and other minority serving colleges and $2 billion for a grant program for community colleges and career training programs. In addition, $1.5 billion will be used to expand income-based repayment options for student loan borrowers, $750 million will be designated for College Access Challenge Grants and $50 million will help colleges make the switch to the direct loan program.

The bill also reflects a number of major concessions: Early childhood education, which was originally supposed to receive $8 billion, will no longer be included in the legislation. Also gone are billions of dollars supposed to help extend a cut in the student loan interest rate past 2012. Perhaps most significantly, the Pell Grant will only be increased to $5,975 in 2019 instead of the $6,900 that legislators had hoped for in the original legislation.

"We just had to make the choices we had to make in this bill," admitted Rep. George Miller, a California Democrat and leader of the House Education and Labor Committee, during a news conference.

Despite the compromises, Democrats hailed the legislation as a victory for colleges over loan companies. "We are choosing to spend scarce education resources on students and families," noted Sen. Tom Harkin of Iowa, who chairs the Senate's education committee and was quoted in The Chronicle of Higher Education, "and not on subsidies to big banks and Sallie Mae."