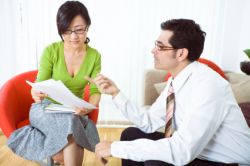 A new study has revealed that demand for American workers who speak foreign languages--particularly Spanish and Chinese--will rise over the next decade, but few workers actually plan to study them.

According to The Wall Street Journal, the University of Phoenix Research Institute surveyed 511 workers and 419 employers last fall. Researchers asked workers what skills or degrees they already had or were planning to obtain. Meanwhile, employers were asked what skills were in demand or would be in demand during the next decade.

The results showed that 42 percent of employers expect business proficiency in Chinese to be in moderate or high demand within the next 10 years, while about 70 percent anticipate Spanish to be a sought after skill. However, more than 80 percent of employees said it was somewhat or highly unlikely that they would learn enough to conduct business in Chinese within the next decade, and nearly 60 percent of respondents said they would probably not learn Spanish.

"It's alarming," said Leslie Miller, executive director of the University of Phoenix Research Institute. "Current proficiencies in these languages is already low."

However, recent graduates and new employees entering the work force in the next 10 years might be better prepared. The Modern Language Association, a professional association for scholars, reported that college enrollment in Chinese grew more than 18 percent between 2006 and 2009 to about 61,000 students, while Spanish enrollment increased by 5 percent to about 865,000.

"It can be a goldmine," said Beth Ross, an executive coach in New York City. "It's easier to find them jobs and they often get paid more," referring to bilingual candidates.

As the demand for bilingual workers among companies rises, the translator and interpreter profession has been demonstrating marked growth in certain sectors. According to the Bureau of Labor Statistics, the employment of translators and interpreters in the US is expected to jump by 22 percent between 2008 and 2018, the International Business Times noted.

ConsumerAffairs.com reported that there is a growing need for interpreters especially in the health care industry, as the number of non-English speakers in the US rises. Medical interpreters, who serve as liaisons between patients and doctors, have become increasingly important because of newly introduced standards that require health care organizations to provide translators to patients who speak limited English. However, a nationwide survey of 4,700 doctors conducted by the Center for Studying Health System Change found that only 55.8 percent of practices with non-English speaking patients provide interpreting services and only 40 percent offer patient-education materials in foreign languages.