Salaries Of Presidents At Private Colleges Are Rising 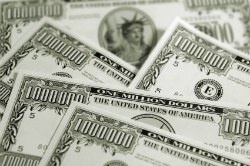 An annual study just released by The Chronicle of Higher Education has found that in 2009, presidents at 36 private colleges earned more than $1 million, compared to presidents at 33 colleges the year before.

"The job of college president has changed dramatically in the last 30 years, as have the demands," explained David L. Warren, the president of the National Association of Independent Colleges and Universities, in a statement. "There is just a small pool of candidates who possess the skill set that is required and are willing to take on the stressful 24/7 nature of the position."

Nevertheless, the Chronicle noted that the study is particularly important now, "at a time when the national conversation is increasingly focused on the have and have-nots." It pointed out that the survey "helps identify outliers whose take-home pay appears disproportionately high."

Most presidents earned 3.7 times as much as the average salary and benefits of a professor at the same school, but there were notable exceptions: Kevin J. Manning, president of Stevenson University in Maryland, for example, earned just under $1.5 million, about 16 times as much as the pay and benefits of the average full-time professor employed there.

"I am confident that President Manning's compensation is fair, warranted and reflects his exemplary record of accomplishment and service to the University," wrote Kevin Byrnes, chairman of Stevenson's board of trustees, in an earlier note to fellow board members that was quoted by The Washington Post.

The study also listed the presidents whose earnings were high in relation to their institution's budgets. Most private colleges spent an average of 0.4 percent of their budgets on salaries for presidents, but there were exceptions: For example, according to the Chronicle, the salary of Charles H. Polk of Mountain State University amounted to 3.5 percent of the school's budget.

"On Campuses, the Income Gap Widens at the Top," chronicle.com, December 5, 2011, Jack Stripling and Andrea Fuller