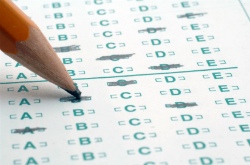 According to a press release, the University System of Maryland Board of Regents approved the continuation of the test-optional policy after the pilot program showed that test-optional students outperformed students who were required to submit test scores.

As The Washington Post reported, the pilot program started with the 2007 entering class. All students with a grade point average of 3.5 or above did not have to submit a standardized test score. After analyzing data from the pilot study, the university found that students who qualified for the test-optional program graduated at a higher rate than students who had to submit scores, 54 percent compared to 49 percent. Retention rates between the two groups were comparable, but the test-optional group earned a slightly higher cumulative GPA and had a significantly higher course completion rate.

Additionally, Salisbury University President Janet Dudley-Eshbach, pointed out that the program had other benefits as well.

"...The program has contributed to greater economic diversity among our incoming students, which we believe allows SU to better serve all the citizens of Maryland," said Dudley-Eshbach in the press release.

Many other colleges have implemented test-optional admissions, including DePaul University. In fact, the National Center for Fair and Open Testing reported that nearly 850 colleges across the nation do not require standardized test scores from some applicants.

Salisbury University's decision came just before a new study was released questioning the validity of the ACT exam. According to Inside Higher Ed, the paper was released by the National Bureau of Economic Research and reported that two of the four main parts--science and reading--did not help colleges predict applicant success. The other two parts--English and mathematics--were "highly predictive" of college success, but because colleges tend to only look at composite ACT scores, the value of the entire exam is questionable.

The press release noted that Jane Dane, dean of enrollment management at Salisbury University, pointed out that reliance on SAT or ACT scores often excluded some high quality applicants. The University now has a more holistic approach, evaluating factors such as scholastic achievement, leadership, community service and special skills or talents. Furthermore, a challenging high school curriculum has often indicated success at the university, which is why the institution maintained a minimum 3.5 GPA requirement to qualify for test-optional admission.