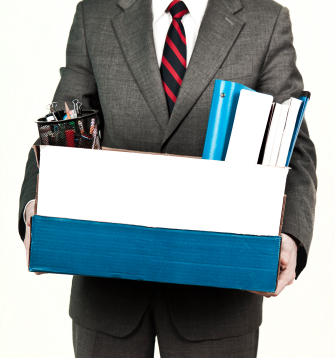 Sallie Mae, one of the largest private student lenders, announced that the student loan bill approved by the House of Representatives on Sunday will force it to cut over a quarter of its employees and close most of its locations throughout the country.

"The student loan provisions buried in the healthcare legislations intentionally eliminate private sector jobs at a time when our country can least afford to lose them," said Sallie Mae in an e-mailed statement that was quoted in numerous news sources including The Wall Street Journal. "We are profoundly disappointed that thousands of student loan originators will soon lose their jobs to less-experienced Washington, D.C., bureaucrats, although the Senate has the power to change this."

According to Martha Holler, spokeswoman for the company, Sallie Mae is expecting to lay off 2,500 of its 8,600 employees and reduce its 25 locations to five to seven as a result of the student lending legislation. That prediction is worrying some legislators, such as Mayor Sharon McShurley of Muncie, Indiana, where Sallie Mae employs 700 people. Some fear that the Muncie branch might be closed completely.

"We'll feel the impact from it," said McShurley, who was quoted by The Star Press. "The last I heard, we could lose 30 percent of our jobs."

But proponents of the bill are not being swayed. "Sallie Mae has a history of using scare tactics to hold on to their excessive taxpayer subsidies, bloated CEO salaries and perks, and well paid cadre of Washington lobbyists," said Rep. George Miller (D-CA), chairman of the House Education Committee, who was quoted in Daniel de Vise's Washington Post blog. "Judging by their statements today, it is clear that Sallie Mae will continue to do or say anything in a last-ditch effort to save their sweetheart deal--billions of dollars that we think would be better spent directly helping students pay for college."

United States Student Association President Gregory Cendana, who was also quoted in the Post blog, noted that the legislation "saves the Pell grant from massive funding reductions that would force millions of low-income students to drop out or take on multiple jobs to pay for college. Additionally, the bill invests billions of dollars in community colleges and minority-serving institutions."

Finally, Rachel Racusen, a spokeswoman for the Education Committee, pointed out that lenders such as Sallie Mae will compete to service all the federal direct loans. That, she said, "will go a long way" toward keeping workers employed.