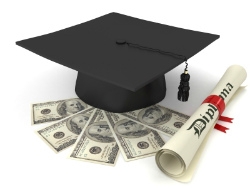 At an emergency meeting on Friday, the Board of Trustees voted unanimously to postpone the plan and instead obtain further input from students, faculty and staff on ways to increase access to classes, which have been reduced significantly due to insufficient funds, reported the Los Angeles Times.

Chancellor Jack Scott had expressed concern that the plan to charge some students higher fees for certain in-demand, core courses -- such as English, math and history -- violated state education codes.

"Although I disagreed with this proposal, I cannot fault college leaders for searching for new approaches to serve students hungry for the opportunity to receive a college education," Scott said in the Los Angeles Times.

"I hope we can come up with a plan to help all of those who are concerned gain a greater understanding of how this will operate and how this will supplement existing classes," Tsang said.

The differential pricing was to be implemented as a pilot program this summer. Santa Monica College would have offered 50 extra popular classes at about $180 per unit, supplementing the 700 state-funded classes offered at $46 per unit. This meant some students would pay $540 for, say, English 1A while others able to enroll, would pay $138.

Many colleges -- more than half of flagship public universities -- now charge more for high-cost courses and programs, like engineering, Inside Higher Ed noted. A two-tiered pricing system for the same popular general education courses, however, is proving far tougher for students to accept.

Santa Monica College officials argued their plan would allow more students to take classes they need. Some students favor the idea, believing it would allow them to reach graduation faster. Others, however, oppose it, stating they fear the tiered costs would exclude low-income students and lead to privatization of public education.

"This is not privatization of education," said Rob Rader, a trustee, to The New York Times. "We are trying to create an alternative that is more cost effective and creates space for everyone."